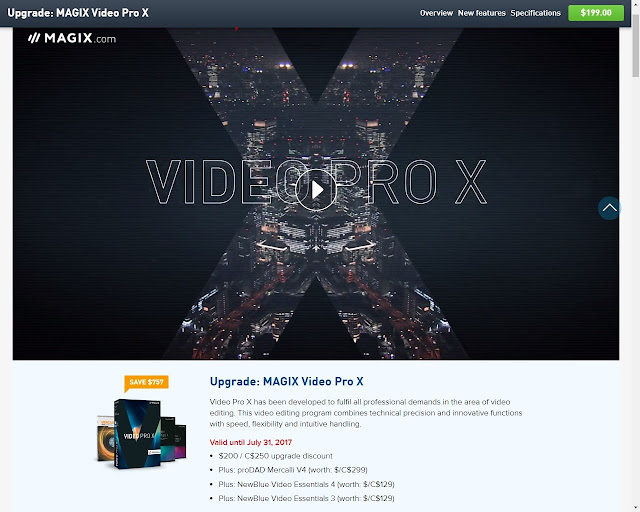 Magix Video Pro X is a video editor that can automatically stitch 360 videos on the fly (!).

One of its unique features is that it can work with unstitched 360 video files and can stitch them on the fly.  It has templates for Samsung Gear 360, LG 360 Cam and Ricoh Theta, but its stitching function works with any 2-lens all-in-one 360 camera (not rigs) such as the Xiaomi Mijia Mi Sphere and is very easy to use.

In the screenshot below, you can see I imported a double circular fisheye video from Samsung Gear 360.  I then applied the 360 Stitching effect to the clip, and the output appears instantly (zero waiting time), on the upper left side.  You can change the parameters on the right side such as opening angle (field of view of each lens), rotation (on the z-axis of the video), aspect ratio (for cameras that don’t use 2:1 ratio), alignment (changing the initial orientation).  Adjusting these sliders will alter the stitched image in real time, making it a cinch to find the optimal settings even if you don’t know the field of view of the camera’s lens. 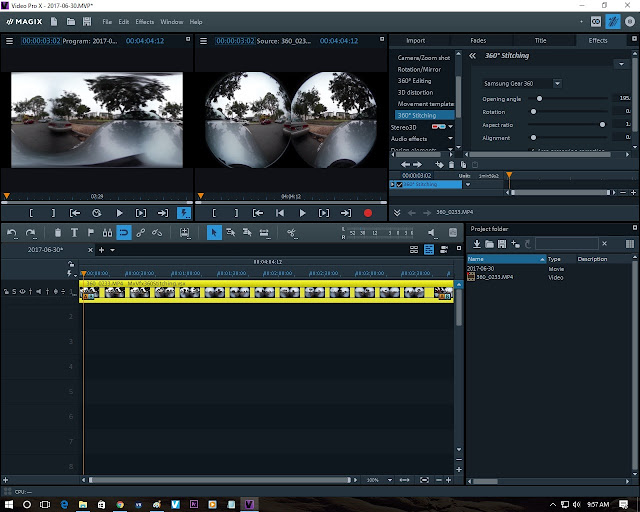 I tried out the feature on a Xiaomi Mi Sphere video and it worked.  Unfortunately, it appears the Xiaomi has vignetting, which was not apparent on their phone app. 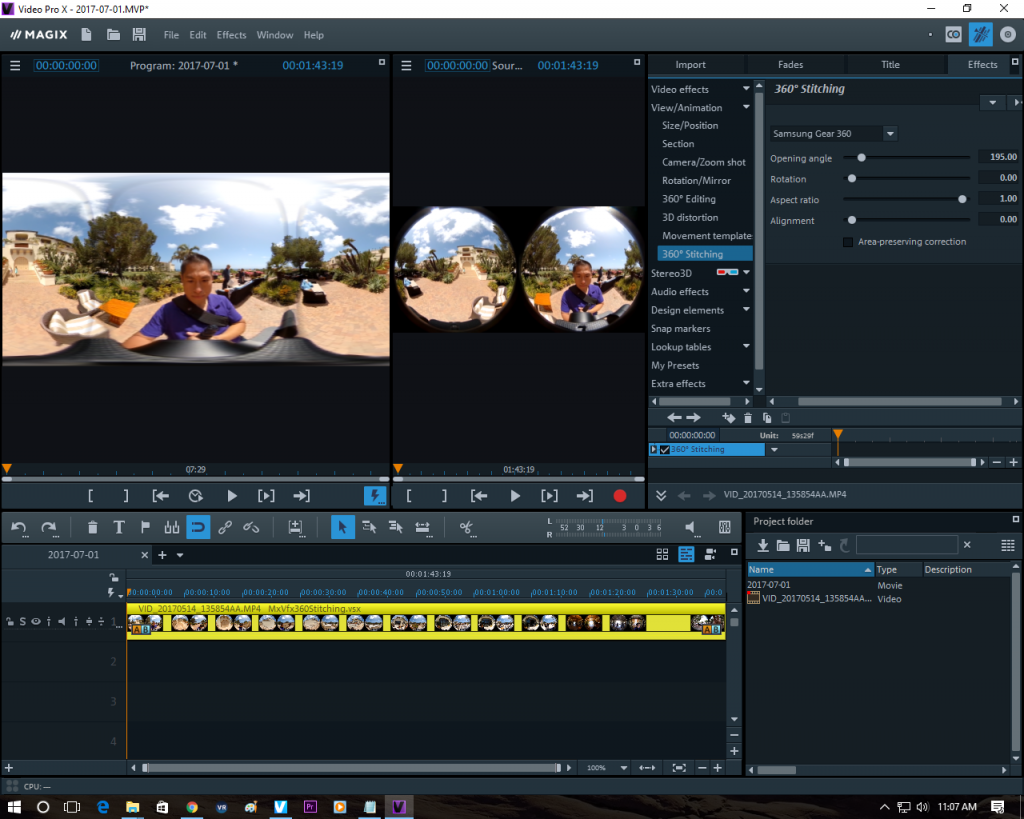 Here is a larger view of the stitched video: 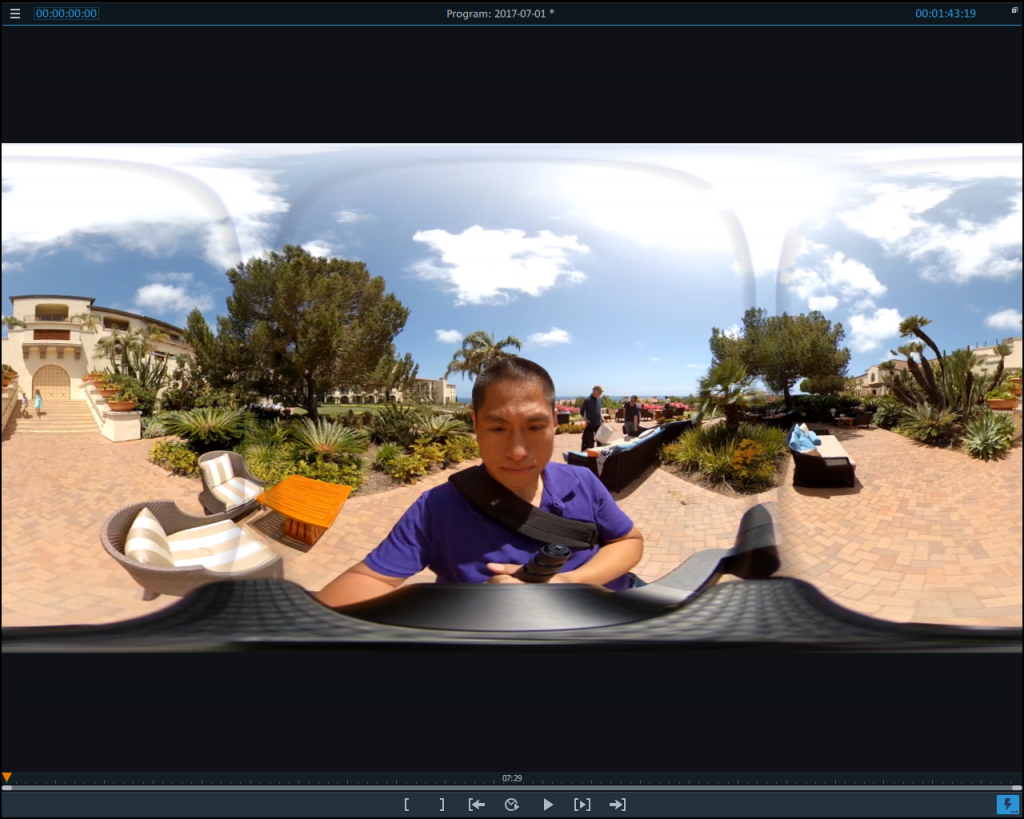 Except for the vignetting, I think the stitching looks quite good.  I hope they add some kind of vignetting correction to make feature this even more useful.

I haven’t played around with Video Pro X yet but I am curious to see what other benefits it has.  If Video Pro X works for 8K then this might become a good editor for Insta360 Pro files (Premiere Pro can’t do it).  I just hope the rendering times are improved.