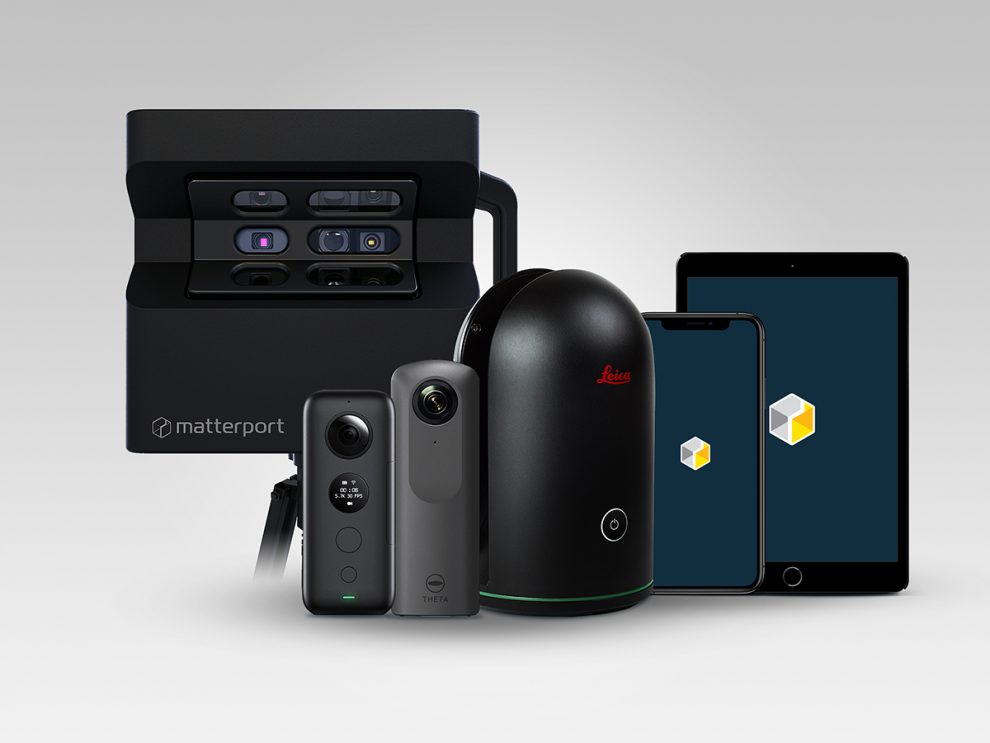 You can now create Matterport 3D virtual tours using the affordable Insta360 One X ($399 with free invisible selfie stick; reviewed here) or Ricoh Theta V ($399, reviewed here) instead of a $2,495 or $3,395 Matterport camera!

With Matterport’s app, users can create virtual tours automatically simply by uploading 360 photos to the Matterport cloud.  The virtual tours have depth information, and users will be able to see a 3D dollhouse view.  However, unlike Matterport cameras that use a depth scanner to add the depth information, Matterport will use computer vision to add depth to the Ricoh Theta V or Insta360 One X’s photos.   (I don’t have a sample yet of a Matterport tour created with the One X or Theta V but I’ll update this post when one becomes available.)

Matterport is also introducing a new $9.99 “Starter” subscription for supported 360 cameras beginning in March 2019.  By comparison, the regular Matterport subscription is $49 to $149 per month.  You can request access now at matterport.com/register.  Matterport has also decreased the price of its scanning cameras, now starting at $1,995.

Meanwhile, Insta360 is also working on adding integration with other virtual tour platforms such as Kuula and Matterport competitor Cupix.

A breakthrough in its category, these new capabilities in 3D capture are made possible by the advancements in Matterport’s AI-powered image-processing technology, known as Cortex. Cortex is trained on Matterport’s world-leading dataset comprising billions of 3D data points, and can construct stunning 3D models from two-dimensional images captured with spherical lens cameras, including Ricoh Theta V and Insta360™ ONE X.

This new class of cameras, which start at under $400, provides a low-cost, entry-level solution for the capture, creation and publishing of 3D experiences. Matterport Cloud 3.0 expands Matterport’s ecosystem of professional 3D capture – adding to Matterport’s Pro2 camera line and the Leica Geosystems BLK360 laser scanner – making its revolutionary 3D experiences accessible to a significantly wider market. The new offering is for customers who don’t require the accuracy, performance and image quality of Matterport’s professional products.

RJ Pittman, CEO of Matterport, stated: “Today marks the beginning of an exciting new chapter for Matterport, our customers, partners and service providers. With Matterport Cloud 3.0 and Cortex, we are taking an important step in our evolution to better serve new and existing customers and partners with more choices to get started and grow with 3D capture. The power of our new software platform brings us one step closer to camera ubiquity. The versatility enables us to deliver a compelling entry-level solution for simple, smaller projects, while we continue to innovate and extend our industry-leading Pro2 capture experience for professional users.”

In addition to these important advancements for Matterport Cloud 3.0, the company is committed to thoughtfully opening up the platform to the broader developer community starting this year. This will bring an entirely new suite of functionality to Matterport’s customers for both new and existing 3D spaces.

Pittman added: “Matterport introduced the category of 3D capture for the built environment and created a market that revolutionized the real estate and construction industries. Looking forward, our newly expanded capture ecosystem and increased focus on Matterport Cloud unlocks our strategy to accelerate innovation, and deliver new features and functionality that our customers need. This includes important third-party integrations that our customers, partners and developers have only begun to imagine.”

Cortex includes three-dimensional intelligence that can understand objects, rooms and the detailed characteristics of a space; automatically choose well-composed photos; and label specific rooms on a floor plan.

Capture App 3 – Matterport’s all-new version of its 3D capture app (in beta) now runs on both iPhone and iPad to seamlessly guide and manage the 3D scanning and uploading process across all compatible hardware devices. It includes user interface enhancements based on feedback from existing customers as well as many other speed and performance improvements.

Pro 2 camera launch promotion
Pro 2 and Pro 2 Lite cameras will be available at a discounted price for a limited time in celebration of the major announcements this week. The following pricing will take effect, starting today:

About Matterport
Matterport is the world leader in immersive 3D technology, offering a platform for prosumers and professionals to easily capture, edit and share 3D models of physical spaces. These navigable virtual tours are presented in Matterport’s proprietary photo-realistic digital media format. Experience places through Matterport’s interactive 3D models online as if you are actually there: matterport.com/gallery.

Here is the press release from Insta360:

The partnership lets virtual tour creators quickly capture a property in 360 degrees using the Insta360 ONE X camera, and then use Matterport’s software to create an interactive 3D floor plan and walkthrough, complete with depth and square footage data. The upshot is that pro-quality virtual tours can now be achieved by anyone, using Insta360’s run-and-gun flagship camera.

The new partnership comes as part of Insta360’s increasing focus on the growing enterprise market for 360 cameras, which includes the launch of a new page highlighting 360 enterprise applications. Insta360 also announced upcoming integrations with a range of other popular virtual tour platforms, including iStaging, immoviewer, Cupix, VPiX, Kuula.

The Matterport integration is currently in beta, with public release planned for March.

Creating a virtual tour with Matterport and the Insta360 ONE X couldn’t be easier. After arriving at a property, creators connect to the ONE X via Matterport’s mobile app.

Then, they simply follow the steps provided by the app as they capture 360-degree photos at key locations throughout the property. With the ONE X, all it takes is a single tap to capture a seamless 360-degree photo, and the camera’s 18MP resolution and automatic HDR mode make it perfect for interior photography.

Once every room has been covered, creators can upload their photos to the cloud, and their content will be automatically converted into one of Matterport’s signature interactive 3D spaces, including depth and area measurements. The resulting virtual tour can be easily shared or added to a real estate listing.

The Insta360 ONE X costs $399.95 and is available today at Insta360.com, Apple.com, the Apple Store, Amazon and other select retailers worldwide.

About Insta360
Insta360 makes innovative cameras that get the whole world in frame. Lightweight and versatile, they’re great for adventure sports, travel, journalism, live events, and for sharing experiences everywhere.