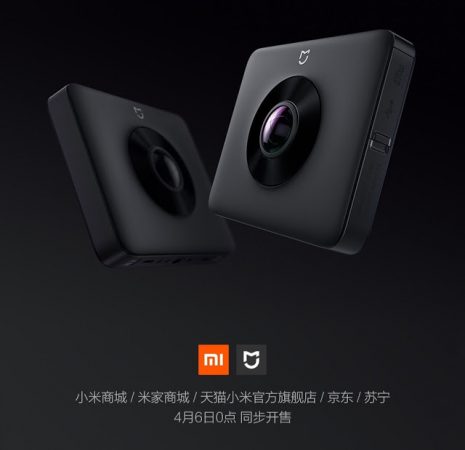 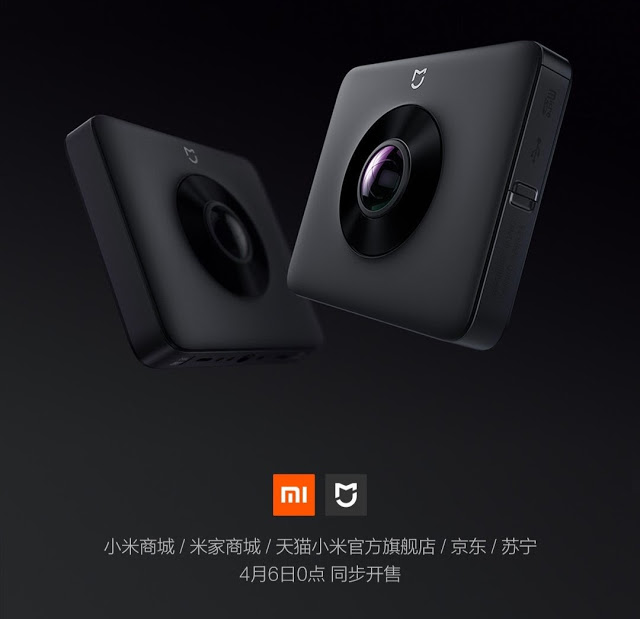 Here are more info on Xiaomi’s Mijia Sphere 360 camera, launched a few weeks ago on April 6, which is on sale at GearBest for a limited time.
Update: here is my full review.
About 3 weeks ago, Xiaomi announced the Xiaomi Mijia Sphere 360 camera while Yi announced a 360 camera a few days ago.  Xiaomi and Yi, who used to be partners for the Xiaomi Yi action camera, are therefore now directly competing with each other.   Much of the attention is now on Yi, with its 5.7K resolution, but the Xiaomi Mijia Sphere should not be overlooked.  Here is some more information about it:

My friend Roman Goldman (rec360.ru) has the Mijia and he showed me some samples that looked quite smooth.  Here are his first impressions:

“Cool camera, I like it. I like the quality of photos and videos, in the coming days I will make good photos and videos in the city and I can send.  The camera is made of high-quality materials, very low parallax due to the narrow housing. The camera records a good sound, very demanding on memory cards (at least 10 class). For 10 minutes shooting has strongly heated up, I will spend the stress test, probably at it the same problem as at Gear360 with an overheat. I tested the camera on the smartphone Mi, you need to try other smartphones on the Andriod, because my phone hangs up very much. The application has a built-in video editor, but due to a weak smartphone it does not work. The camera is not localized to the world market, as long as it is exclusively a Chinese product. The application is in English, but the box and instruction are only in Chinese, I can not figure out where to download the video stitching software. I believe that this is a worthy competitor to most of the cameras, including Gear360 2017.

Roman’s positive impression, plus the many readers who have expressed interest, made me decide that it’s worth testing it so I ordered one from GearBest and will be posting my review (as well as including it in the mega-comparison).

Regarding the price, the Mijia Sphere is supposed to have a street price of around $270 but perhaps due to demand or other factors, the street price is higher, around $325 or more.  Here is one from banggood, a major online retailer in China ($324): 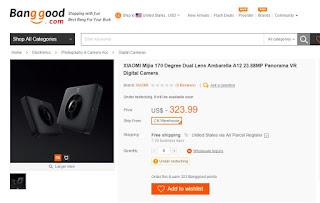 GearBest seems to have one of the lower prices at the moment.  It’s currently on sale for $285 with free shipping to the US, only until May 1. 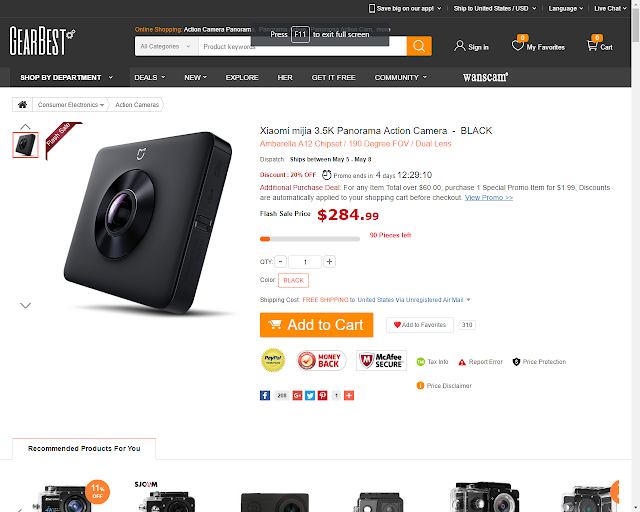 For reference, the normal price at GearBest is $320 or higher, depending on the demand and available inventory. 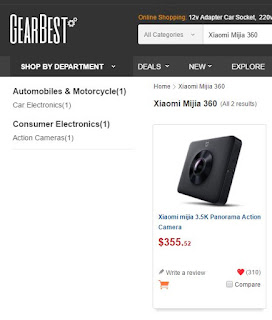 There are some China-based vendors on Aliexpress who are selling it for a few dollars less, but I like buying from GearBest because they are a larger, reputable store with several distribution centers across the world (not just in China).

Update: here is my full review.   Please consider buying from the GearBest affiliate link here, which would support 360 Rumors at no additional cost to you.

Thank you very much to Roman Goldman (rec360.ru) for sharing his first impressions and to tech vlogger Pepe Vazquez for the additional information and specifications!