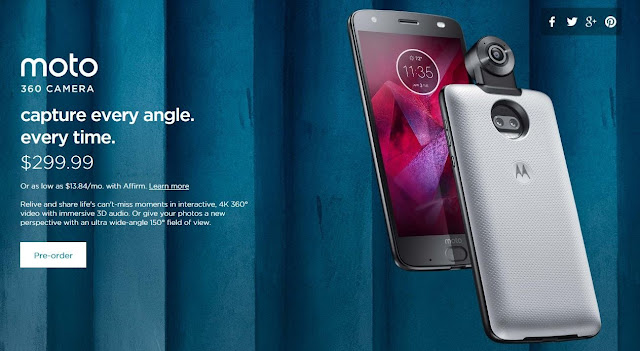 Motorola has now officially launched the Moto 360 Camera, a fully spherical 360 camera accessory disclosed [inadvertently] to the press about 3 weeks ago. 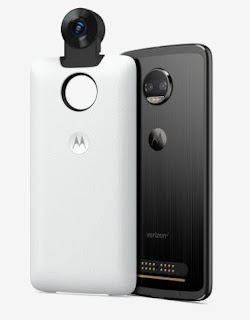 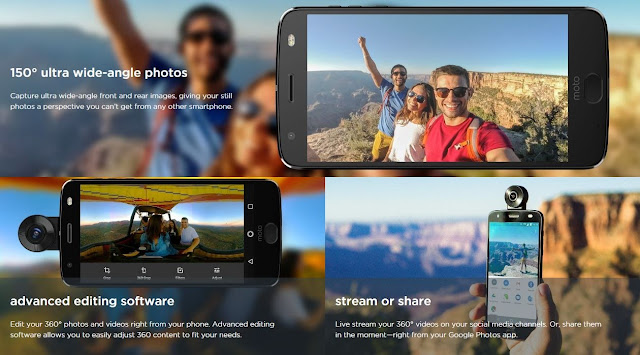 I don’t know yet the photo resolution, or the resolution when live streaming.  I also don’t know if the camera can be used independently without the phone (I doubt it).


Besides the Ion360, other similar 360 camera accessories include the popular Insta360 Nano for iPhone ($199), Insta360 Air for Android ($129; for USB Type C or Micro USB), and Giroptic iO for iPhone and Android ($249), all three of which have image stabilization as well as live streaming and cost less than the Moto 360.

Thank you very much to Jim Jensen (Google+ Photo Sphere Community) for bringing this to my attention!