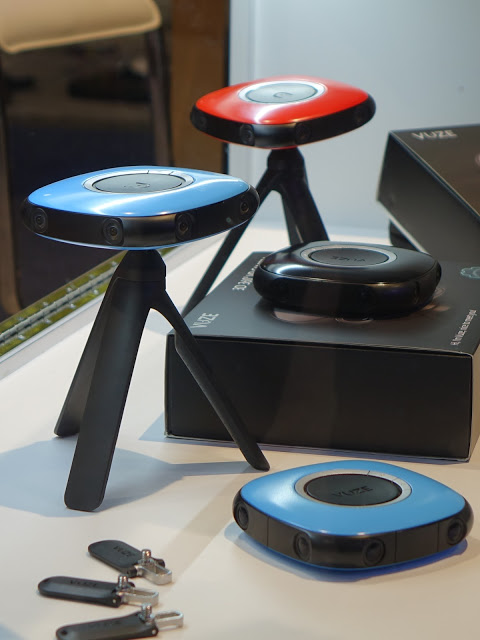 Vuze is the first 3D 360 camera for consumers.  Tech vlog ARMDevices.net checked out Vuze at the Humaneyes booth at Mobile World Congress.

Vuze is a 3D 360 camera with 4k resolution.  It is the first 3D 360 camera to be affordable for consumers.  It has eight lenses, providing a stereoscopic   I tried it out at CES 2017, from shooting with it through the stitching and rendering, and the Vuze appeared to perform pretty much as advertised.

Humaneyes, the company behind the Vuze Camera, has a booth at Mobile World Congress, and ARMDevices.net interviewed them.

Vuze confirmed that they are shipping March 7 (update: from the most recent info I have, it will be shipped out March 15), Vuze will have 3D spatial audio capability, and that the resolution is 4k per eye.  Vuze also updated their website to state that it supports up to 120 mbps variable bitrate (!).  The raw file will be 1GB per minute, although the stitched output will be 300+ MB per minute.

Vuze is available for order from B&H Photo for $799.  You may want to get a larger hard drive as well.

Thanks to Sven Neuhaus for bringing this to my attention!