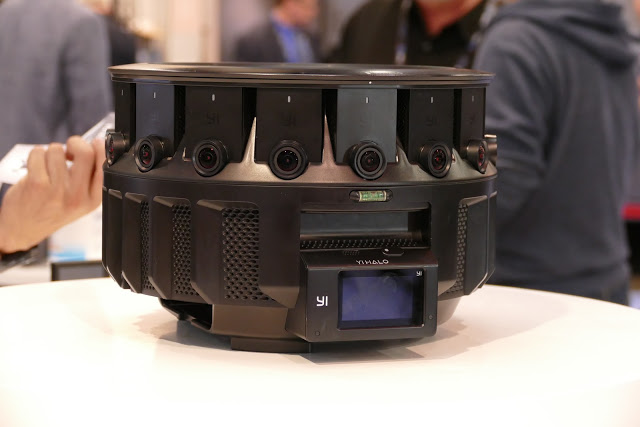 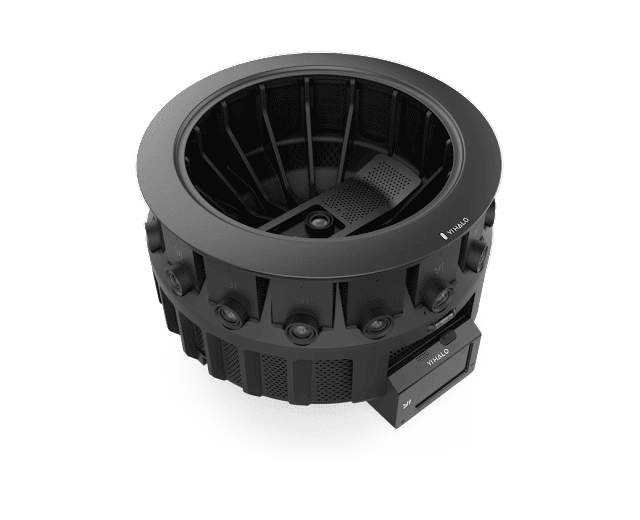 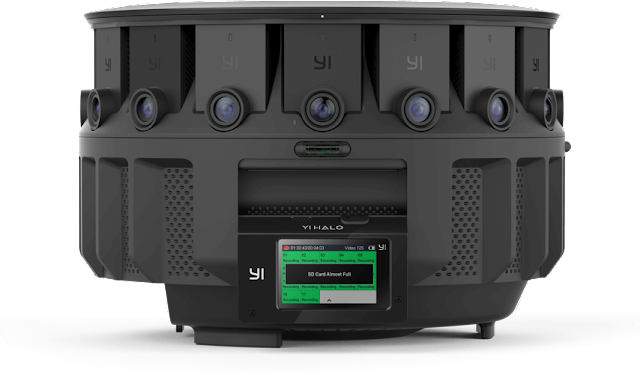 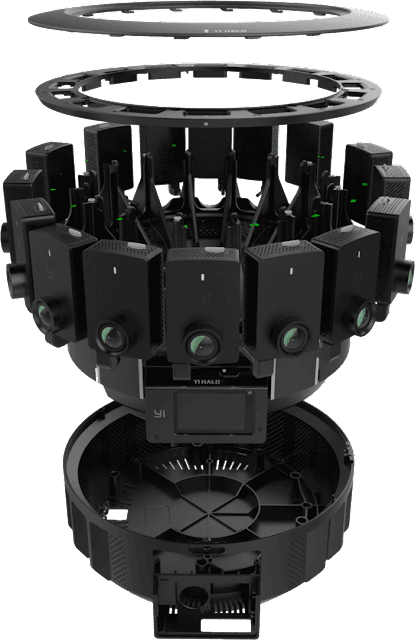 Here is a sample video from the Yi Halo, in 8K 3D 360 (note: the YouTube setting says 8K 60fps, but a Yi representative said it is limited to 30 fps).  To view it in 3D, you will need Google Cardboard or a VR headset.

At 8K, the images are impressively rich and detailed.  Here is a crop: The up-camera ensures a clean stitch even when looking directly upward. 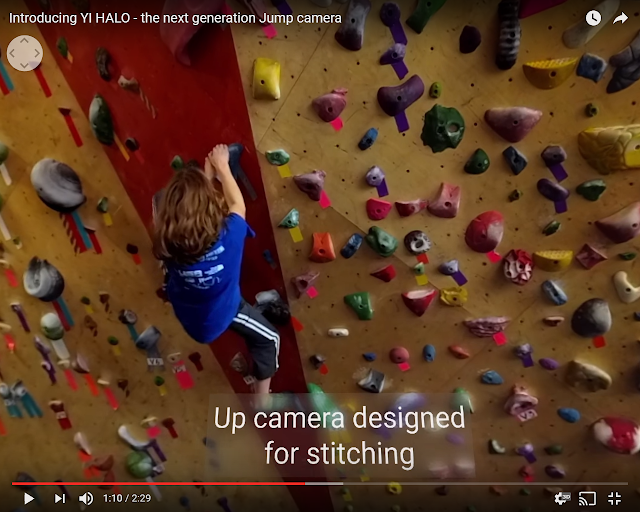 The Yi Halo is fully compatible with the Google Jump assembler, which can stitch videos seamlessly even at very close distances. 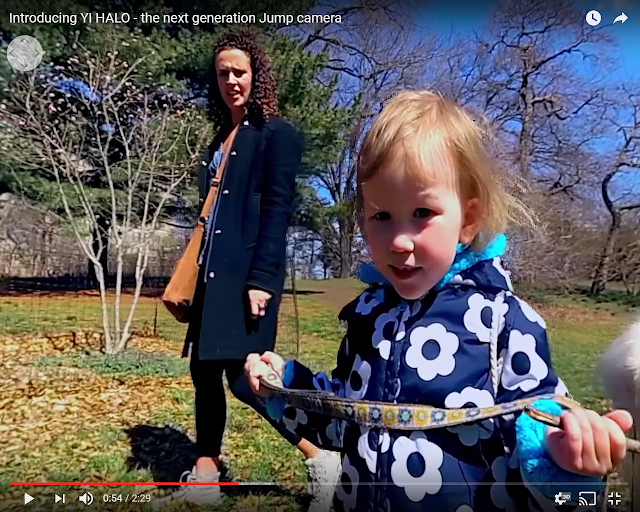 Here is a 3D version (not yet corrected for distortion, which depends on the viewer / headset being used):

The Halo can also generate a depth map automatically. 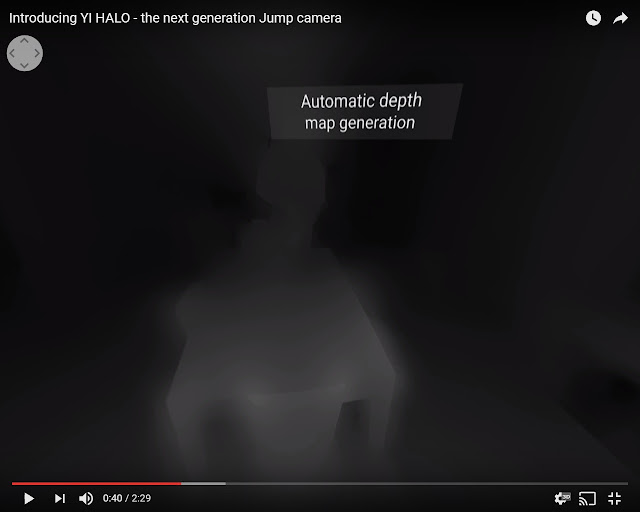 The Yi Halo will be available late summer 2017.  Here is the official webpage.