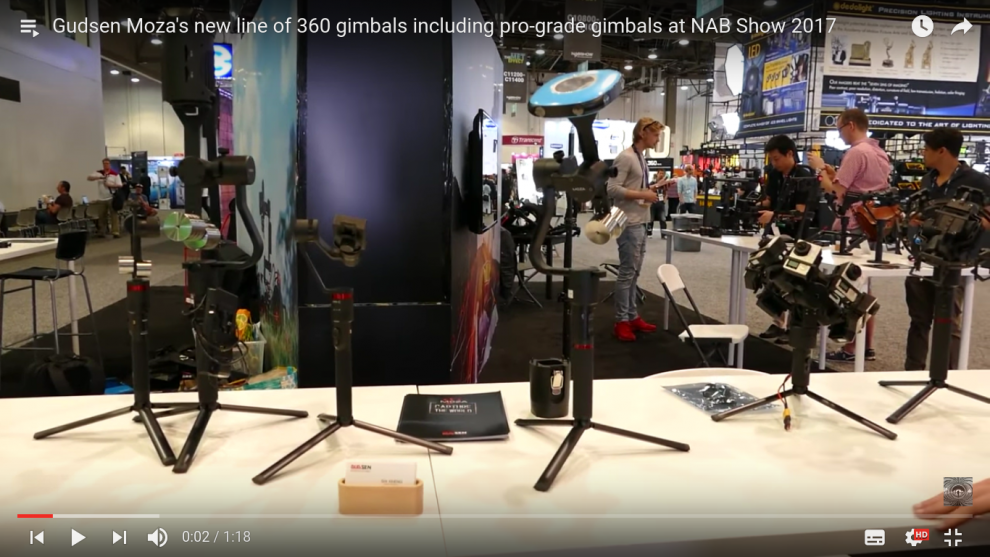 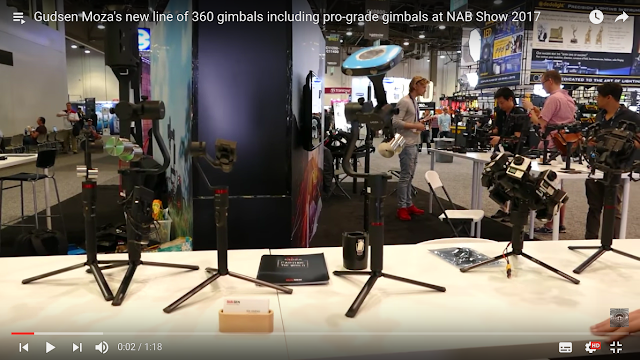 The Moza Air 360 is based on the Moza Air gimbal for DSLRs and mirrorless interchangeable lens cameras and can be used with cameras up to 1.5 kg.  Here it is with the Z Cam S1 (the gimbal was turned off). 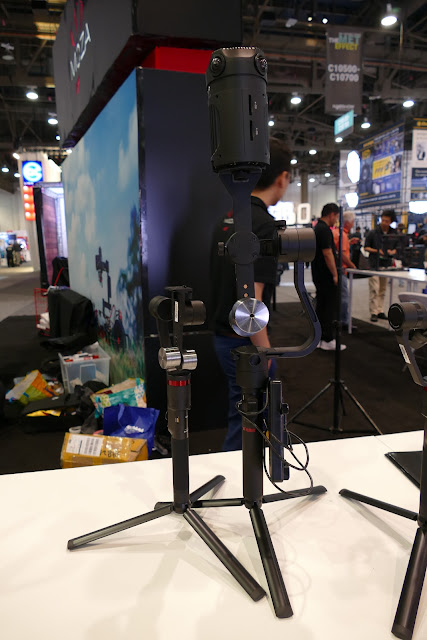 Besides the higher capacity, the Air 360 has many more adjustments to customize it to your 360 camera.  For example, the yaw motor arm can be moved in or out.  The arm carrying the camera and counterweight (connected to the roll motor) can also be adjusted higher or lower.  The arm for the pitch can also be adjusted forward or backward.

The other gimbal they showed had a completely different design.  It can accommodate a rig with seven GoPros or ten GoPros.  I believe the latter is for 3D 360, although I haven’t confirmed that yet. 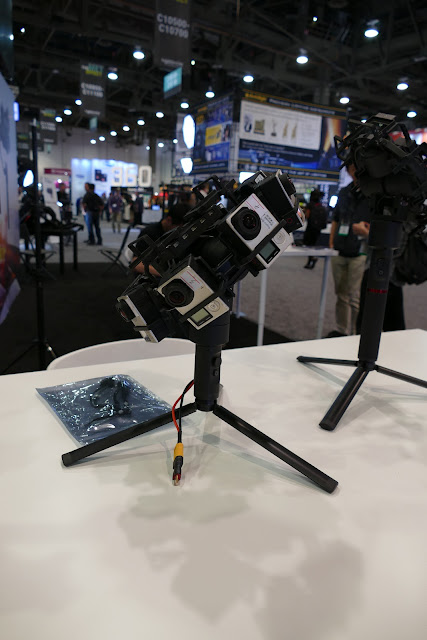 In addition to being usable with a rig, the new gimbal can also be used with an all-in-one camera such as the Z Cam S1.  Compared to the Air 360, the gimbal would have a smaller visible profile with motors that are very close to each other and would be below the camera and thus nearly invisible to larger cameras such a the Z Cam:

This model is targeted toward professionals and is expected to cost more than the Air 360.