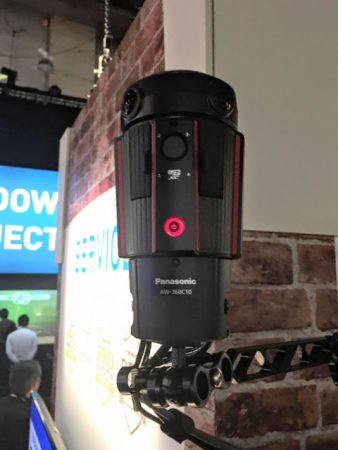 At NAB Show 2017, Panasonic again showcased their 4k 360 live streaming camera, only this time, they confirmed that it would be entering production.  Panasonic is now the third major camera manufacturer (after Ricoh Pentax and Nikon) to enter the growing 360 camera industry.

About five months ago at the International Broadcast Equipment Exhibition, Panasonic showed a prototype 360 camera with 4k live streaming.  At NAB Show 2017, Panasonic confirmed that they would be producing the 360 camera, called the 360 Live Camera (AW-360).  They also revealed more specifications. 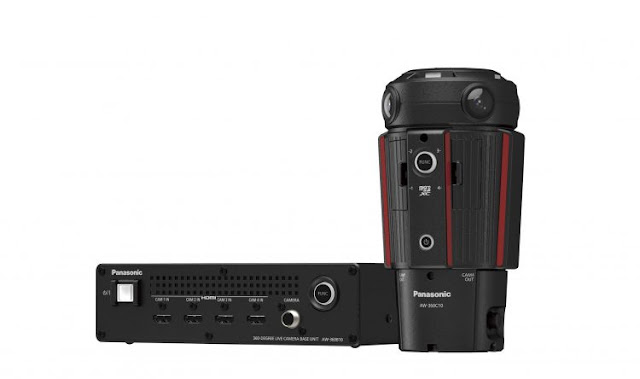 The AW-360 streaming has very low latency and is uncompressed for high image quality.

Another special feature of the AW-360 is the stitching.  It has realtime stitching that Panasonic describes as, “Real-time active stitching function” which “continuously changes the stitching position by automatically detecting a subject at the seam.”  Trying to decode the marketing speak, it seems that the system can adjust its stitching distance in realtime, which is unique because most realtime stitching systems use template-based stitching that usually does not vary within a video, and often results in harsh stitching for nearby objects (see for example the Nikon Keymission 360’s videos). 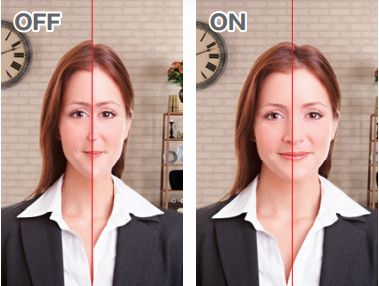 The system can also match exposure and white balance between the lenses in realtime. 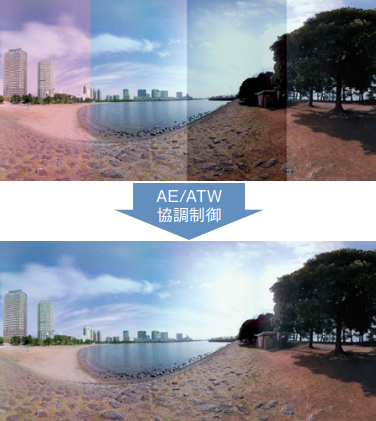 Panasonic’s 360 Live Camera is scheduled to ship in August.  Price has not yet been finalized.