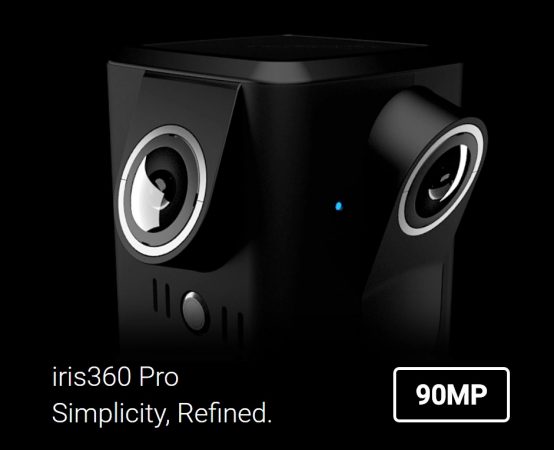 NCTech has announced a new 360 camera: the iris360 Pro, which can capture 90-megapixel photos.

The iris360 ($1,999) was one of the first all-in-one 360 cameras launched in 2015.  It used four 10-megapixel sensors and could stitch 32-megapixel photos in two minutes, which could be uploaded directly to Google Street View.

NCTech did not specify the field of view, but the original iris360 had a field of view of 360 x 295 degrees.  The iris360 Pro, which have lenses that are pointed at different vertical angles, appears to be fully spherical.

Here is the official webpage for the iris360 Pro.

Thank you very much to Roman Goldman of 360 camera website Rec360.ru for bringing this to my attention!