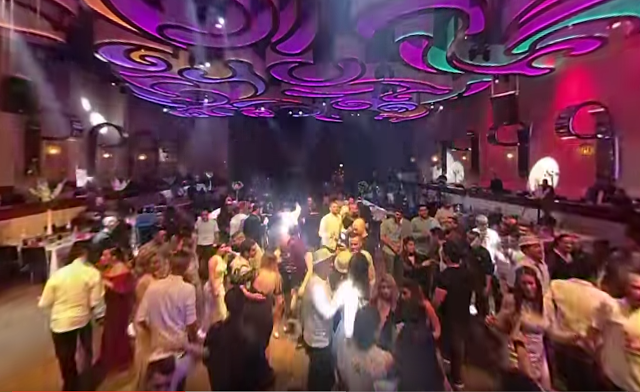 Check out this new low light 3D 360 4k video sample from the Vuze at a nightclub.

Vuze is the first affordable 4k 3D 360 camera for consumers.  It has eight cameras and lenses and can stitch the video on its desktop app with just one button, or you can edit the video and customize the stitch.  See here for my first impressions and walkthrough from recording to viewing.

In the meantime, check out this low light sample from one of the beta testers of the Vuze.  There are a few ways to watch it in 3D:
1.  Use a Cardboard or Daydream compatible viewer then watch it on the YouTube app for Android, iOS, or Daydream.
2.  Use the Playstation VR (reviewed here), which can now watch YouTube videos in 360.
3.  Use the Samsung Gear VR (reviewed here), which can watch YouTube videos in 360 using the Internet Browser app.

The video not only shows very good low light quality (with little noise and good color saturation) but it also shows great audio. However, I’m not sure yet if the audio was recorded from the in-camera microphone or from an external recorder then dubbed into the video.

Vuze is available from preorder from B&H Photo for $799.  I contacted their general manager a couple of days ago, and he confirmed preorders will be shipped March 15.

Thank you very much to Chris Lemanz for bringing this to my attention!