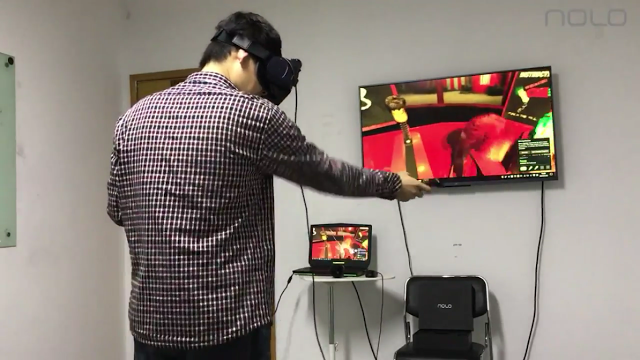 Nolo VR (hands-on here) is a peripheral for mobile VR headsets that adds positional tracking.  They just posted a new video showing the system being used to run NVidia Funhouse, a Steam VR game for the HTC Vive and Oculus Rift.


In contrast to my hands-on experience at CES (where there was a lot of radio interference), the video appears to show only a little lag, if any.  Nolo VR said they used a Samsung S6 and Samsung Gear VR for the demo.