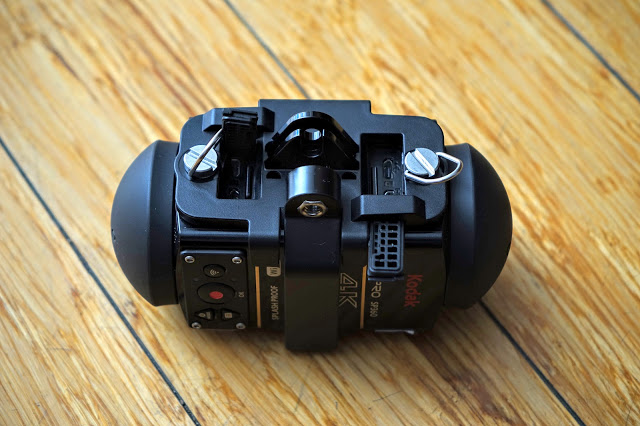 There’s a new Dual Camera Base Mount for the Kodak SP360 4k Dual Pro (impressions here), which makes the SP360 4k more convenient to use.

The Kodak SP360 4k is a hemispherical 360 camera that can capture fully spherical photos and videos if two cameras are used back to back using a dual camera bracket.

The dual camera base mount included with the SP360 4k Dual Pro has several issues.  First, to attach the cameras to the bracket, you need to use a coin.  Second, when the camera is mounted, you cannot access the memory card, the HDMI, the Micro USB, or battery.  To charge the cameras or download photos or videos to your PC, you need to remove the cameras from the bracket every time.

The new Dual Camera Base Mount-C (Part no. MT-DB-BK03) addresses these issues.  Its screws have a D-ring so that you can attach the cameras to the mount without having to use a coin.  It also features a cutout on the bottom so that you can access the Micro SD, Micro USB, and HDMI ports.  Besides making it easier to transfer files to your PC, you can also use the Micro USB port to charge your cameras.  This means that in theory you wouldn’t ever have to remove the cameras from the bracket. 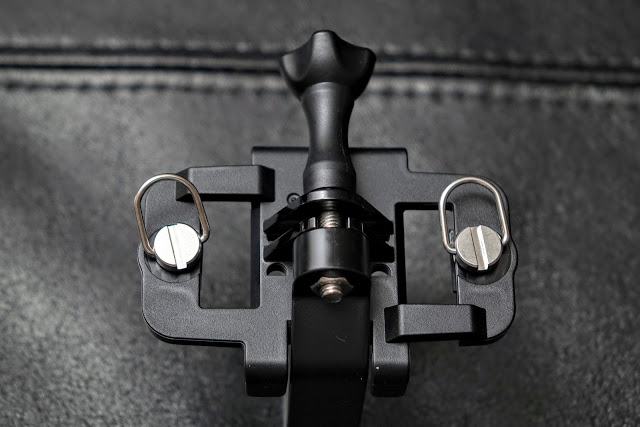 With the camera on the new bracket, and with a Micro USB cable that is not too wide, you can charge the SP360 4k cameras via USB without having to remove it from the bracket. 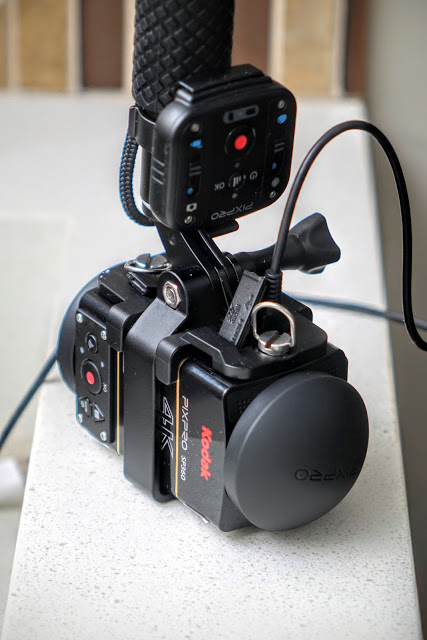 It’s a little annoying that we have to pay extra to buy a bracket that should have been included instead of the poorly-designed original bracket.  However, at least the new bracket is indeed more convenient.