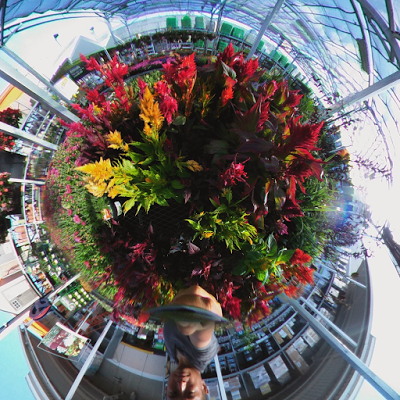 There are now several social media platforms for sharing 360 photos and videos.  Kuula.co is a 360 photo sharing service that differs from its competition with its features and effects.  Now they’ve added a few more.

COMPASS:
The direction you are facing in the photo is now shown in a small icon, similar to the compass used in Facebook’s 360 photos and videos.  Besides guiding the user, this helps the user see the objects in relation to other objects in the photos. 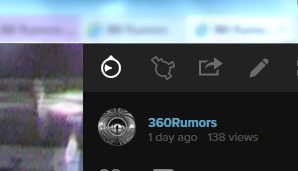 RE-ORIENT YOUR PHOTO
Sometimes, you want to specify the particular direction your viewer first sees when they view your 360 photo.  Kuula added a new parameter called ‘heading’, which lets you specify the direction first seen by your viewers when opening the photo.  That view is also used as the cover thumbnail for your photo. 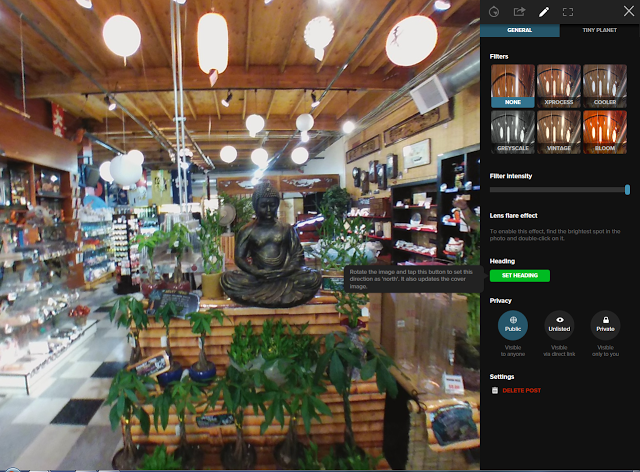 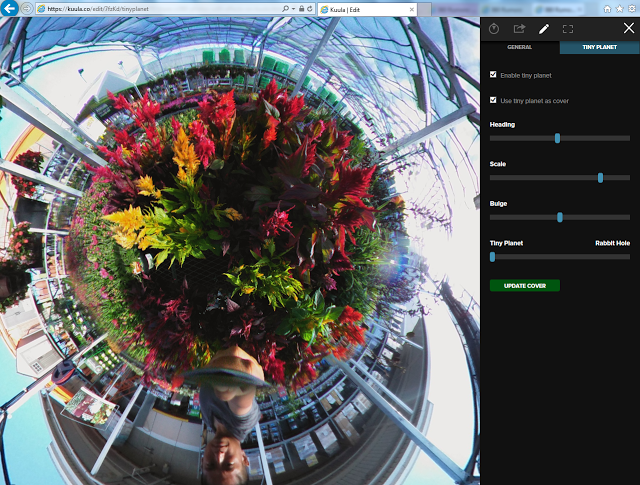 The tiny planet or rabbit hole version can also be used as a cover / thumbnail for your photo.  Finally, you can enable a toggle for the user switch between a tiny planet / rabbit hole and a 360 view.

As with Kuula’s other effects, these controls are accessible on almost any web browser, even mobile.