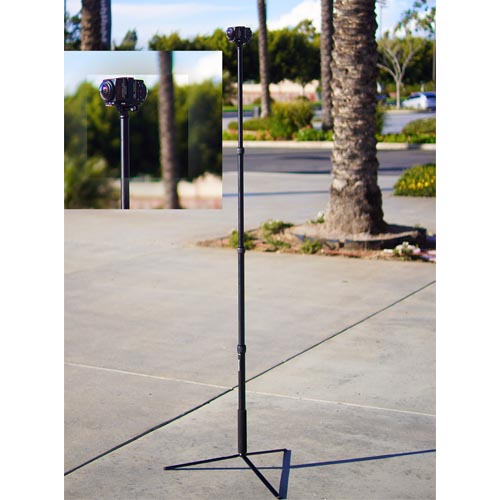 Kodak PIXPRO has a new monopod with removable tripod base, designed for the SP360 and other 360 cameras.

When fully extended, the monopod is anywhere from 5 feet to 6.5 feet depending on how you position its tripod base.  It is much longer than typical selfie stick tripods, allowing it to be used to take photos of standing subjects at chest or head level, or taking photos or videos from a higher angle. 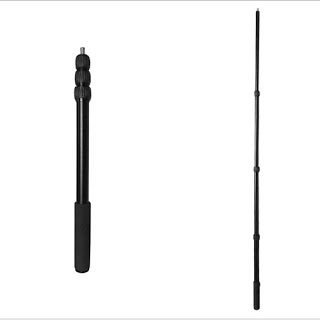 Its tripod base is also wider than the base of most selfie stick tripods, making it more stable. 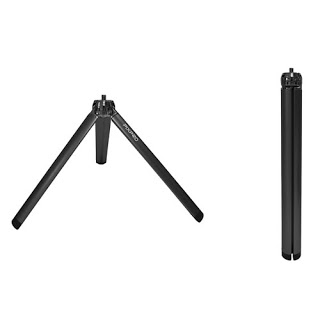 The monopod has four segments and uses twist locks.  It has a standard 1/4-20 tripod attachment at the end.  It also comes with a 1/4-20 to GoPro adapter.

The monopod is available for purchase from the Kodak PIXPRO store for $80.  You might also be interested in the Manfrotto Nanopole, which is even longer/taller for a similar cost (from Amazon or B&H Photo).

I ordered the Kodak monopod myself and will be comparing it against the Nanopole and Monoshot monopods.

Low light 3D 360 video sample from Vuze Camera at a wedding
TECHNIQUE: Life in 360 shares the right way to use selfie sticks for 360 photos and videos
Comment