Here are some more samples from the Yi 360 VR, the most affordable 5.7K 360 camera, and the stitching on these samples looks impressive!

The Yi 360 VR is a 360 camera with 5.7K video and photo, 4K video with in-camera stitching, and 2.5K live streaming.  Despite having the highest nominal resolution for consumer 360 cameras, the Yi 360 VR will retail for $399.  By comparison, the Garmin Virb 360, which was released after the Yi 360 VR was announced, also claims to have 5.7K video, but it costs $799, and its 5.7K video is unstitched — you need to use expensive third party software to stitch it, and furthermore, it seems that when stitched, the Virb 360’s resolution is less than 5.7K (due to the overlap between lenses).

The Yi 360 VR was originally scheduled for release in June.   However, it has been delayed, with no information about its new release date.

Meanwhile, there have recently been several new sample videos.  Many of the new samples were posted by csliaw, who may be an employee (Note: the videos might be removed.)  In addition, there’s a new sample from tech vlogger Sami Luo.  Here are samples from csliaw:

Compared to earlier samples posted by Sami, the stitching in these samples looks much better.  For several of the samples, the stitching looks seamless, even with repeating patterns, which is usually a challenge for optical flow stitching.  This is much better stitching than I expected given the distance between the Yi 360 VR’s lenses.   Bravo! 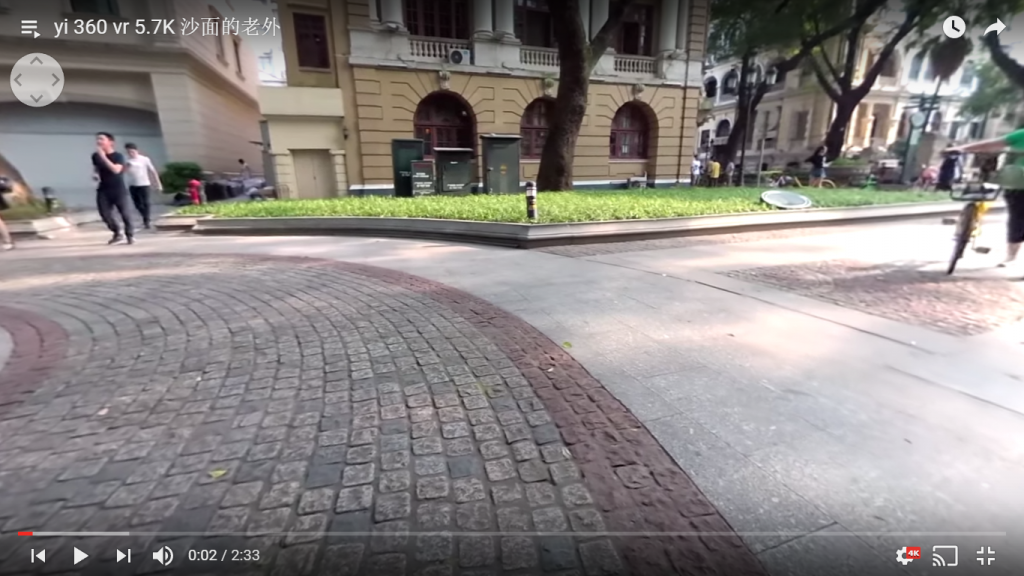 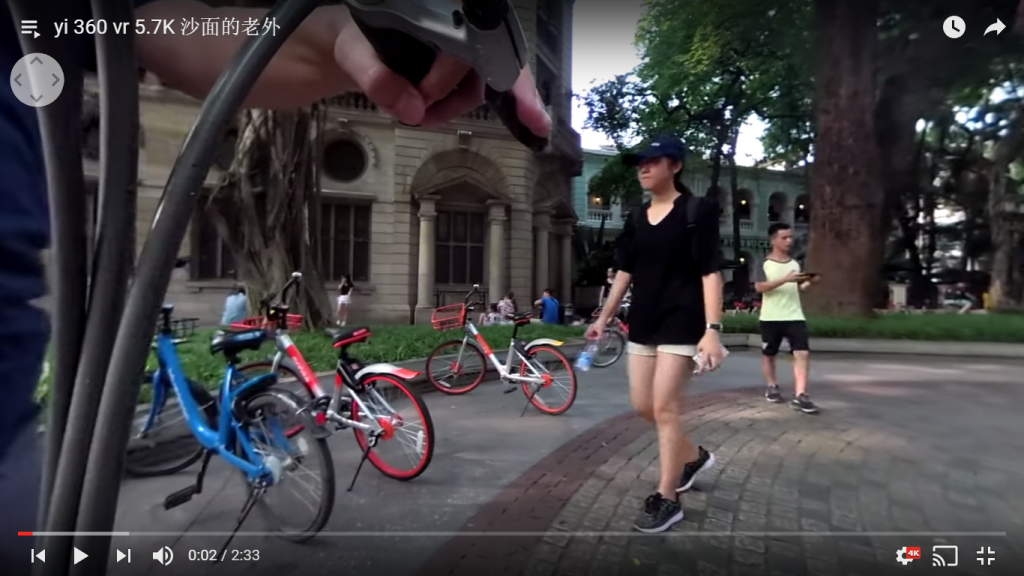 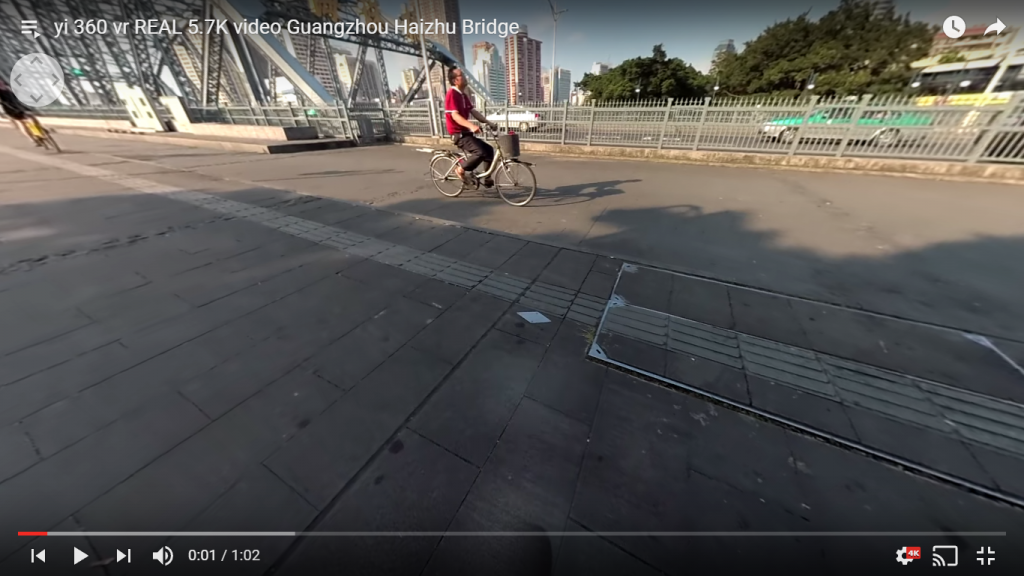 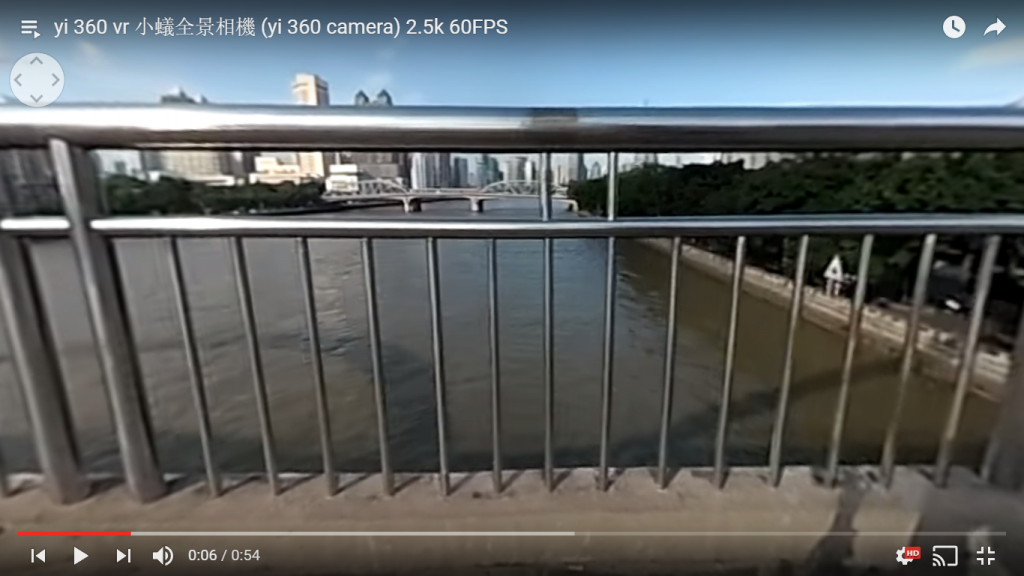 On other samples, there are slight stitching errors (in the top photo, look at the farthest red sign; in the bottom, look at the shoulder of the motorcyclist): 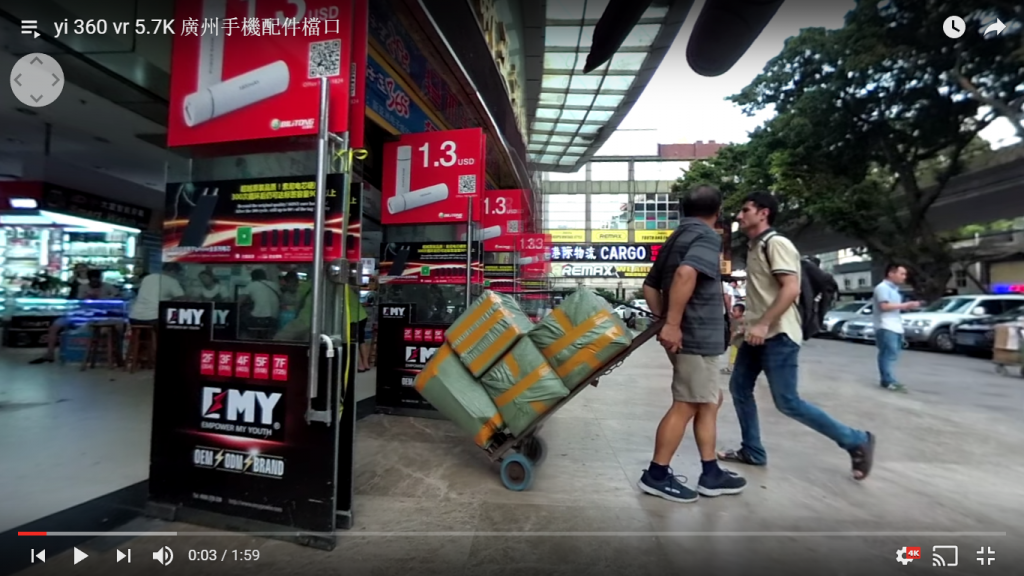 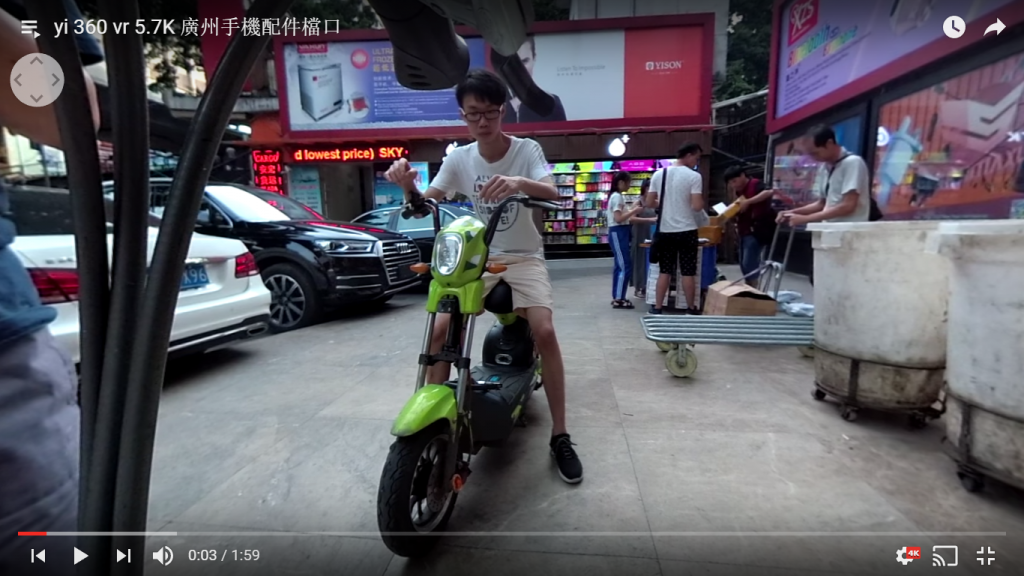 Meanwhile, Sami also posted a new sample 4K video with in-camera stitching.  Thankfully, the stitching on this sample is also far better than the stitching in the previous sample he posted, with only slight stitching errors.

If the reason for the Yi 360 VR’s delay is that they have been working on improving the stitching, then I would say the wait is worth it.  Regardless, the image quality looks promising and this looks like a strong contender for intermediate consumer 360 cameras.

Thank you very much to Suso Barral for bringing this to my attention!