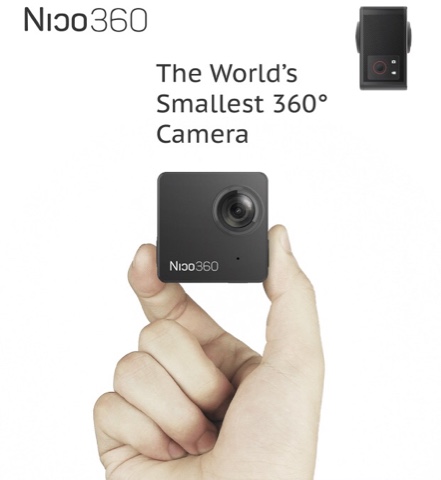 Nico360 is a fully spherical 360 camera that aims to be the world’s smallest. It is currently being crowdfunded through Indiegogo, with delivery due in October.  The campaign finally issued a long-awaited update, including new sample photos and a few more details.

Nico360’s crowdfunding campaign had been going strong, raising about 5 times its crowdfunding goal.  About 3 weeks ago, Nico360 posted sample images from its prototype, which caused some controversy because it appeared that it was not gamma-corrected, and its white balance was wrong.  In response, Nico360 promised an update with new sample images by August 7.   When there were no sample images, many backers were upset. 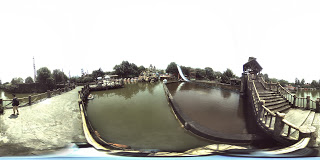 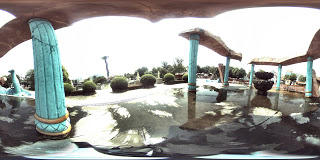 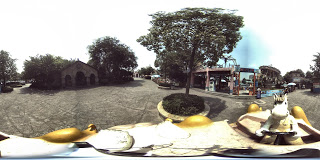 360-degree versions are available here:
http://get.nico360.com/20160814/1.html
http://get.nico360.com/20160814/2.html
http://get.nico360.com/20160814/3.html
The new samples show some improved contrast and stitching compared to the previous sample. There is also some improvement in white balance, but the colors are not very good.  Strangely, the dynamic range seems worse compared to the first sample.  Perhaps they just increased the contrast instead of adjusting the tone curve with gamma correction.
Nico360 said that they were not satisfied with the image and needed to improve the colors, noise and dynamic range.
“We have made some improvement, but still not got the final result we desire. The color correction is needed and currently under development. DE nosing is also under development to avoid noise in the image 1. The sky is white because of a strong direct light of the Sun. We need to improve WDR to avoid this.“
Nico360 also provided more information:
– no external battery but it supports charging via USB while being used.  This makes it possible to take longer videos (possibly time lapses) using an external battery pack.
– water resistance rating is IPX5 without the underwater housing
– the Wi-Fi module is a high-end one capable of transmitting at up to 300mbps, with a range of at least 30 meters
– For 1080p, the bitrate is 2 to 16mpbs.  For 1440p, the bitrate is 4 to 20 mbps.
However, there was no information about the framerate of the 4k mode.
Here is the update.