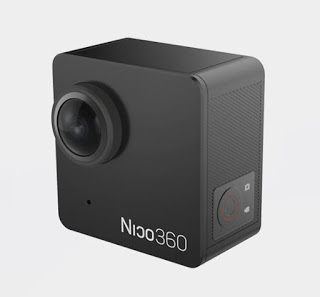 Back in June 2016, Nico360 launched a crowdfunded 360 camera that offered amazing specs, including Adobe DNG raw support and 360 wireless livestreaming.  Delivery was promised October 2016.  It’s now May 2017 and there is still no sign of the camera.

Those are indeed juicy looking specs.  The problem is they seem too good to be true.  The photo resolution is identical to the Xiaomi Mijia Sphere 360, but the Sphere 360, backed by the financial resources of Xiaomi, has video that tops out at 3.5K, and is selling for at least $270 (street price is closer to $320).  Nico360, a startup, is promising a camera with the same photo resolution but a higher video resolution of 4K @24fps, and they “sold” the camera on Indiegogo for $169 ($99 for early bird backers).  You do the math.

I backed this project too so I hope they do deliver, but right now let’s just say I have low expectations for that.