Nico360 is touted as the world’s smallest fully spherical 360 camera.  Its crowdfunding project concluded successfully, raising almost 6 times its funding goal.  However, there were many questions that remained from backers.

Recently posted sample photos showed photos with strange colors and limited dynamic range.  The Nico360 creators acknowledged that they needed to improve the image quality.  However, they did not post any other sample photos.

The creators also have yet to show any video samples, despite saying two weeks ago that a 1080p sample would be available ‘later’.  Indeed, they posted an update showing in their schedule that they have completed the 1080p video and 1080p video streaming.

However, the creators did post photos of a prototype. 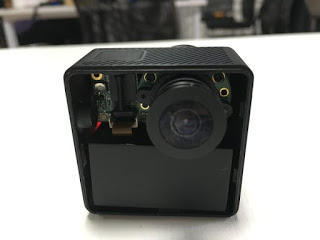 According to the schedule posted by Nico360, they are planning to deliver in about 9 weeks, which would be around October 31, 2016.

ELI5: How to play Metroid Prime 3 and other Nintendo games in VR on the HTC Vive
Build Minecraft worlds in VR with 3D Sunshine
Comment