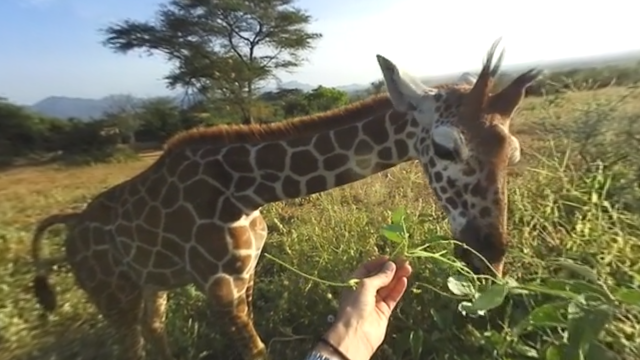 Nikon posted a new sample video from the Nikon Keymission 360, its highly anticipated 360-degree camera.  The video was captured by Ami Vitale, a National Geographic photographer.  In it, Ami feeds a giraffe, while the Keymission is mounted over her Nikon D4s with Nikkor 24-70 2.8.

In my opinion, the image quality is quite good.  The sharpness is very consistent throughout the frame.  The video shows only a slight decrease from contrast due to flare under these challenging lighting conditions.

Notably, the video shows remarkable stitching.  Typically, the farther apart the lenses are, the more difficult it is to hide the stitch due to parallax stitching error.  In this regard, the Keymission’s lenses have similar distance as the Samsung Gear 360.  However, the Keymission appears to be able to do a good job of making the stitch line less apparent even at very close distances. 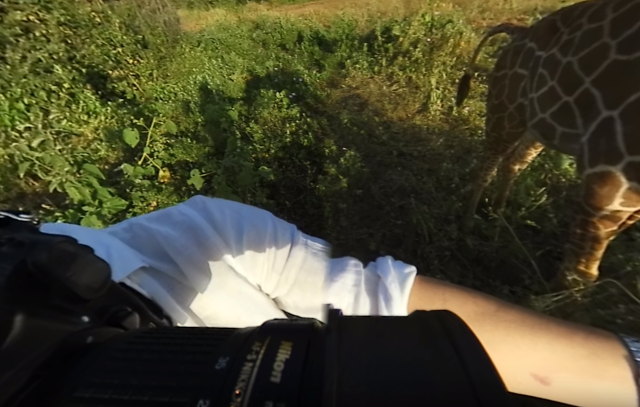 The Nikon Keymission 360 is a fully spherical 360-degree camera that is waterproof up to 30 meters and is shockproof up to 2m.  It was announced in January 2016 and was expected in Spring 2016, but was delayed to October 2016 due to “software issues.”  Since then, only a little information about it has trickled out.  The recent sample videos seem to show that the Keymission 360 is ready for release, at least with respect to image quality.  Is it possible that we’ll see the Keymission released sooner?  Thom Hogan predicts that the Keymission will be re-launched at Photokina September 20-25.

Thanks to Marcello Geerts for pointing out this info to me!