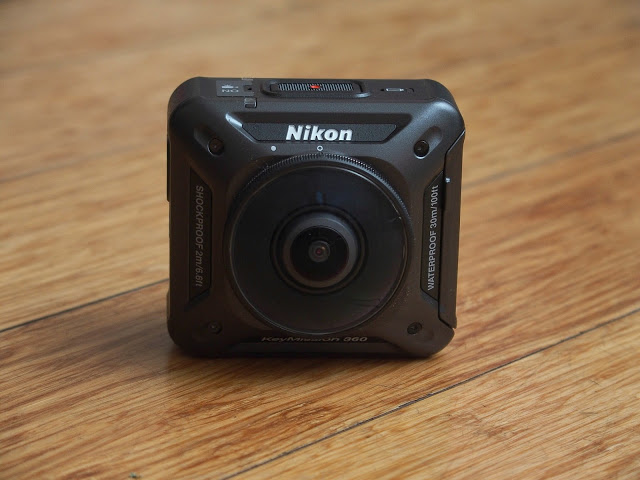 My Nikon Keymission 360 arrived Friday night and yesterday, I tested it at my daughter’s birthday. I’m still working on the review, but I wanted to share some videos from the party, which was at an aerial arts studio.
I had low expectations because of all the complaints I heard, including about the stitching quality, and the very poor user reviews on Amazon.  But the night I got the Keymission, I took some test shots and I didn’t find anything wrong with the image quality.  Indeed, that’s why I decided to use it for my daughter’s party – the image quality seemed pretty good to me.

At the party, I took some videos with the Keymission while I also used a regular camera to take non-360 photos.  I also brought the Samsung Gear 360 with me as backup.  However, the Keymission didn’t do anything strange or overheat, so I didn’t feel I needed to switch to the Gear 360.

When I got home, I held my breath as I opened the files.   And…. they were fine.  In fact, I would say they were quite good, similar to the Gear 360 and possibly even a little more detailed.  The stitching wasn’t perfect because of the large distance between lenses, but I didn’t find it unusually bad.  I also heard bad things about the low light quality, which I got to test at the party, but again, it didn’t seem bad to me.

One thing I would say is that the Nikon desktop software has poor playback ability, making the video seem to have an inconsistent framerate (even with a good graphics card).  However, when played on other software or on YouTube, the framerate is consistent.

Anyway, here are the videos (it’s a playlist, so you can select from the videos using the upper left corner) — please set the resolution to 4k using the gear icon on the lower right corner:

BTW I was also concerned that the low framerate would make the video hard to watch, but it looked similar enough to 30 fps video from my other 360 cameras, even when viewed on a VR headset (the Samsung Gear VR).