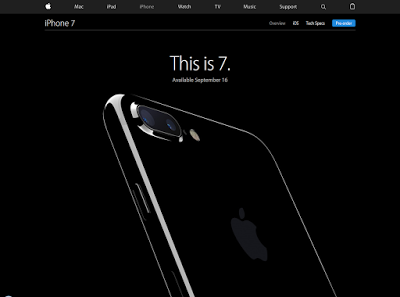 This past Wednesday, Apple announced the iPhone 7.  As had been widely speculated, the iPhone 7 Plus has two lenses in its camera.  One of the strangest commentaries I’ve seen is that because the iPhone 7 Plus has two lenses, it’s actually a “virtual reality camera” in disguise.  Even more strange is that this speculation has been repeated in several media.  The speculation is false.
It is true that Apple is interested in VR and AR.  They’ve hired a lot of people that have expertise in VR, and they even have a patent on a type of VR headset.
Nonetheless, to believe that the iPhone 7 Plus is actually a “virtual reality camera” in disguise reflects a gross misunderstanding of what a VR camera is.

There are two kinds of cameras that are commonly called VR cameras.  One kind of so-called VR camera is a 360-degree camera, such as a Ricoh Theta or Samsung Gear 360.  Another is a camera that can record depth and can create 3D models.  The iPhone 7 Plus is neither.
NOT A 360 CAMERA
Obviously, the iPhone 7 Plus is not a 360-degree camera.  Of course, it can take panoramic photos by moving the phone around, but no one considers that to be a 360-degree camera.
NOT A DEPTH-SENSING VR CAMERA
There are also cameras that can sense depth and create 3D models, such as this one.  With the image from such a camera, you would be able to move around and see different perspectives of the scene.  For example, if there is a cube captured with a VR camera, you could step to the left and see the left perspective of the cube.  You could crouch, and see a lower perspective of the cube.  Indeed, strictly speaking, for true VR, you should be able to walk around the cube.0
Now, let’s talk about the iPhone 7 Plus.  One of the uses for having two lenses is that the iPhone 7 Plus can distinguish between foreground and background.  With that distinction, Apple said they can blur the background to simulate bokeh from a larger camera with a wide aperture. 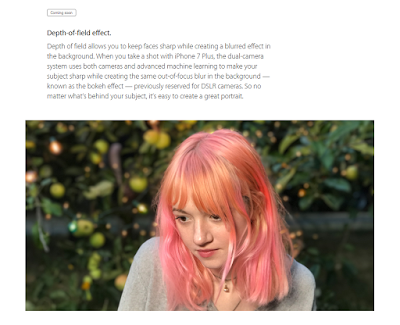 I haven’t tested the iPhone 7 Plus, but I’m willing to assume for the sake of argument that it can distinguish between foreground and background accurately. I’m also willing to assume it can take a stereoscopic photo (despite the difference in focal length and despite the extremely small interocular distance).  Does that mean it has the capability to record depth like a VR camera?  Hell no.

Since at least 1851, stereoscopic photos have been used to simulate 3D.  A side-by-side stereogram does indeed look 3D, but only from one perspective.  Here’s a sample, from my Fuji W3 3D camera (this image uses a left-right-left presentation to allow either parallel or cross-eyed viewing).

​
Viewed properly, the image does appear 3D.  But if you move in any direction (up, down, left, right), you cannot see a different point of view.  You will never see what’s behind the rock (or even beside them) for example.
Similarly, with the iPhone 7 Plus, even if we assume that it is capable of capturing a stereoscopic photo, you can only see one and only one perspective.  For example, in the portrait of the girl, you will never see the other side of her nose, or her other ear, or below her chin.
CONCLUSION
If the iPhone 7 Plus doesn’t have 360 capability, nor does it have VR capture capability, then it simply is not a “virtual reality camera.”  Having said that, if you have an iPhone and you want a 360 camera for it, you can get an Insta360 Nano, which is available, affordable and can capture fully spherical 360 images and videos.  It’s not true VR either, but at least with a headset you’ll be able to look around and see an immersive view.
BTW, I’m not an Apple basher.  I use an iPhone and have been using an iPhone for several years.  And obviously I am a fan of VR and would want to see a VR camera and headset from Apple.  But the iPhone 7 Plus is absolutely not a virtual reality camera.
​