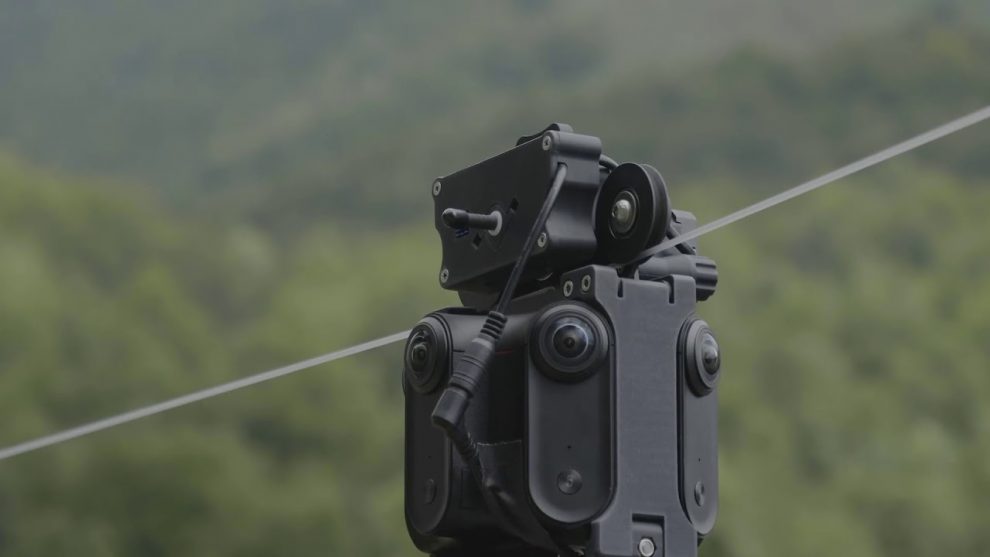 Imagine a 360 video where the camera is moving over, under and through obstacles, but the camera appears invisible. That’s exactly what you can do with Noxon’s VR360 Mini cable cam which is an invisible and compact cable cam / wirecam designed for professional 360 cameras.  Here’s a sample 360 video from IVRPA 2019, shot on the Kandao Obsidian with the Noxon VR360:

As you can see, the camera and the Noxon VR360 are both invisible, without having to do tedious editing during post production.

Here’s a product video about the Noxon VR360:

The Noxon VR360 is made of carbon fiber and stainless steel A2, and Delrin.  The Noxon VR360 can carry up to 6kg horizontally, and the wirecam itself weighs just 770 grams.  The slowest speed is 5mm per second up to 1.375 meters per second.  According to Noxon, it will be usable with cameras such as the Insta360 Pro 2, Z Cam V1 Pro, and GoPro Omni.  Teche has also said that they’ve been able to use it with the Phiimax 3D.

The remote control enables several modes including timelapse, stop motion, and multi-point, which lets the user program wirecam movements based on time, which is useful for concerts and other events.

Here is a demo by my friend Hugh Hou from CreatorUp

Here are more 360 video samples from the Noxon:

Noxon will be available for purchase from the the official webpage here.   I will update this page as I get more information about the Noxon VR360. If you have any questions, please let me know in the comments below.  For consumer cameras, check out the Wiral LITE which I showcased in this tutorial.