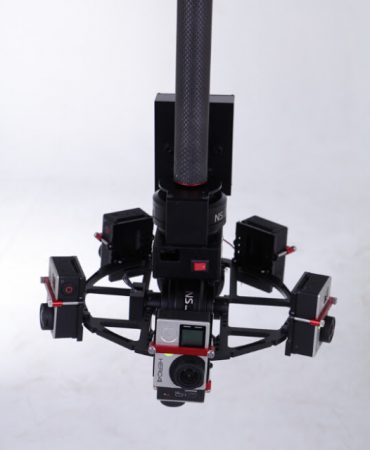 NS Gimbal is a gimbal specifically designed to provide an unobstructed view for 360 videos, and can even support and stabilize a 360-camera rig.

Among the challenges of capturing 360 video is being able to maintain a level horizon for viewer comfort.  This is even harder in the case of a 360 rig, which generally do not have built-in gyroscopes.  While there are gimbals for non-360 cameras, they generally have an arm that can block a significant portion of a 360 camera’s view.

NS Gimbal is a new type of gimbal that has only one freely-rotating axis so that a 360 camera can capture an unobstructed view. 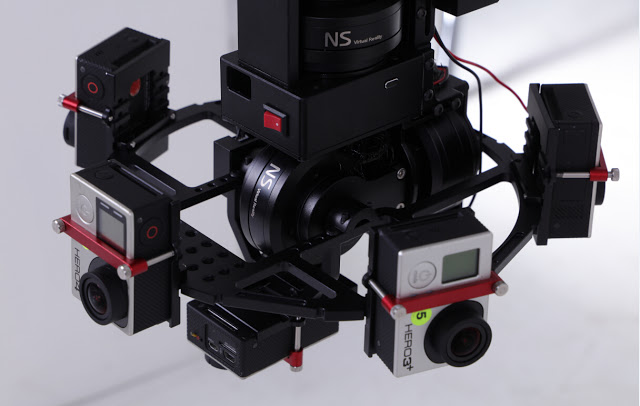 The NS Gimbal can be used not only with drones but also for cable cams and dollies.

The NS Gimbal can support a rig of up to 11 GoPro cameras.  The gimbal itself weighs 1.7 kg including the counterweight.

Here are some more test videos:

For related posts, click here or on one of the labels / tags below the sharing buttons.

Mamut Skull protectors for HTC Vive controllers now available for preorder
TECHNIQUE: How to record a mixed reality video with the HTC Vive without a capture card
Comment