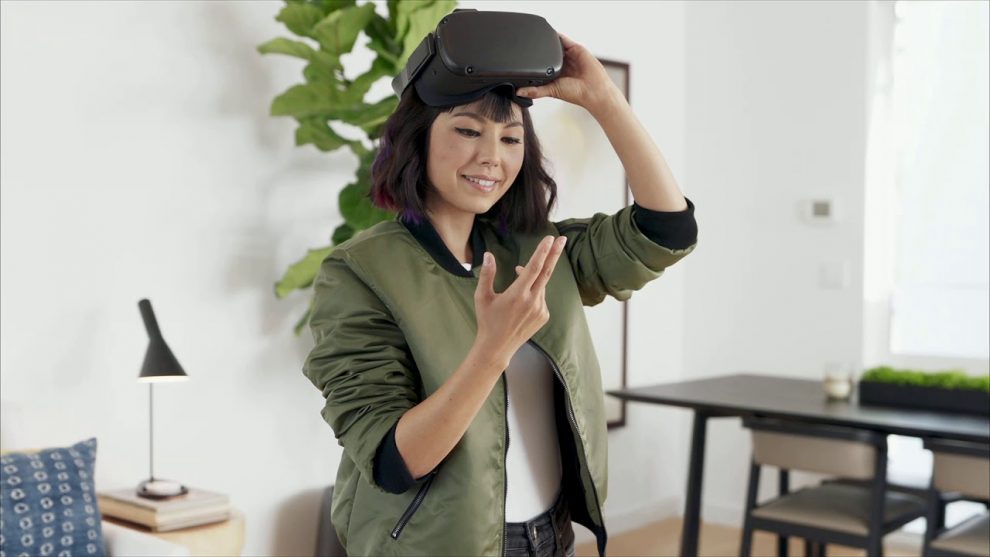 Here are the announcements from the keynote at Oculus Connect 6, many of which revolved around the Oculus Quest (reviewed here)!  Here are the highlights (the full keynote is below).

Oculus Quest sales (5:40 of the full keynote – see below): “selling as fast as we can make them”; high retention; people have bought more than $100M of content from the Quest store.

Oculus Link (8:00 of the keynote): You’ll be able to use Oculus Quest to play Rift desktop VR games.  The Quest will need to be tethered with a USB Type C cable, and will be limited to 72 fps refresh rate.  However, the games will otherwise have the same graphics as Rift S.  You will still, however, require a VR-ready PC.  Note: You can use any Type C cable, but the Oculus cable is designed for maximum throughput and will be long enough not to interfere with your movement.  This feature is due for release in November.

Hugh Hou of CreatorUp got to try it out (see around 2:00 of this video):

This is going to have a huge impact on the industry, and it just destroys the $999 Valve Index, whose key feature is supposed to be finger tracking.

Oculus Horizon (15:48 of the keynote):  Oculus is launching a new virtual social environment that will enable people to create their own space.  It sounded similar to the Oasis in Ready Player One.  Launching next year.

Oculus TV (26:00 of the keynote): watch TV in VR together with your family and friends.  What’s new is that the enivronment will be more realistic.

Passthrough+:  This is an improved feature for Oculus Quest.  Passthrough enables you to see outside the VR headset.  Passthrough+ will remove distortion and will make it possible to instantly see the passthrough view.  This will be released next week!

Media Studio: You can upload your 360 and VR content to media studio and see the analytics.  However, there is no monetization feature.

Social teleportation: photorealistic avatars that will be able to track facial expressions and body movements.

Here is the full keynote from Day 1 of Oculus Connect 6:

How to edit Premiere Pro in VR with Oculus Rift S