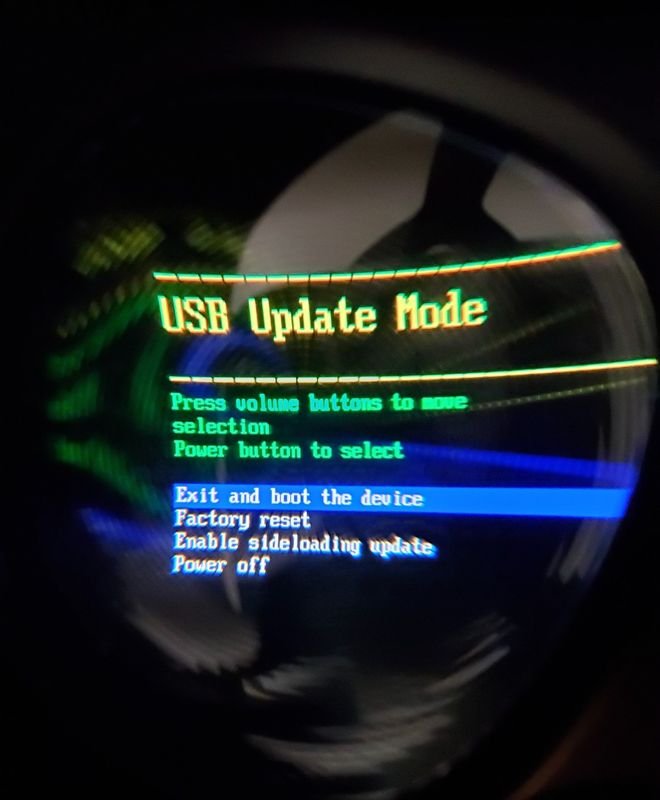 It appears that the Oculus Quest (reviewed here) has a secret menu with a “sideloading update.”  Here’s how to access the menu and what it may mean.

The menu has options for factory reset, reboot, and turn off.  What is most intriguing is another option for “Enable sideloading update.”

When I selected this option, the screen turned black, and the power button LED kept blinking with a purple light.  While in this mode, if I connect the Quest with adb and type <adb devices>, it shows the status as “sideload.”

However, when I try to install apks, it gives me an error and says it writing is closed.

To go back to the normal mode, I hold down the power button for a long time (around 15 seconds) until the LED light changes to white, indicating that the Quest is rebooting.

I hope this menu will somehow make it easier to use Oculus Go or Gear VR apps.  If you figure out how to use it, let me know in the comments below!  Meanwhile if you want to know how to sideload apps to the Quest, see the instructions here.

UPDATE: it appears that the purpose of the menu is to rescue an Oculus Quest when it is not booting correctly.  This menu is a chance to reinstall firmware.