Orah released video samples from the Orah 4i camera, and while some YouTube comments were favorable, the results were panned on Facebook, causing some people to cancel their preorders.  Hit the jump to see the comments and the video.

Last week, Orah posted a video sample on their Facebook page (later uploaded to YouTube), and a few days ago, uploaded a sample on YouTube.
Some comments from YouTube were positive.
“Thanks for this 360 capture. Watched on Gear VR. I felt like I was really there :)﻿”
“was stream 360 live ? whohhh cool﻿”
However, the reaction on Facebook was underwhelming: 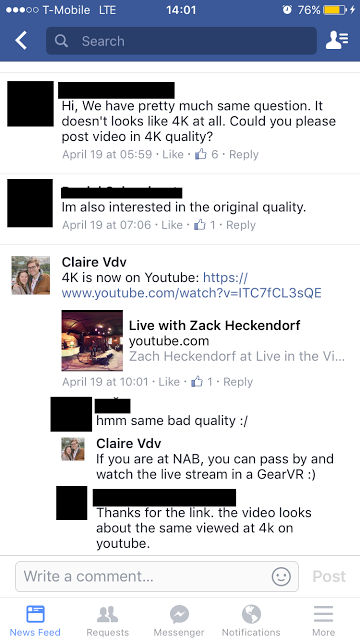 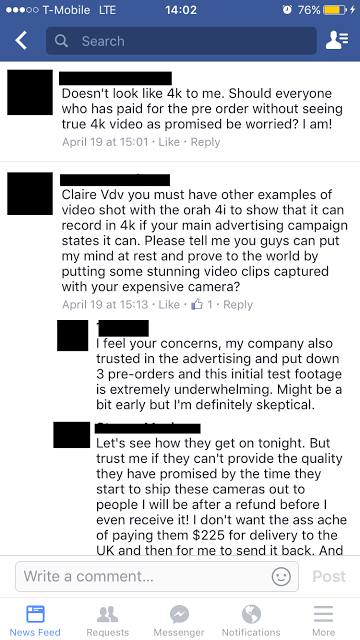 Some people canceled their preorders, notwithstanding the 50% discount Orah was offering for preorders: 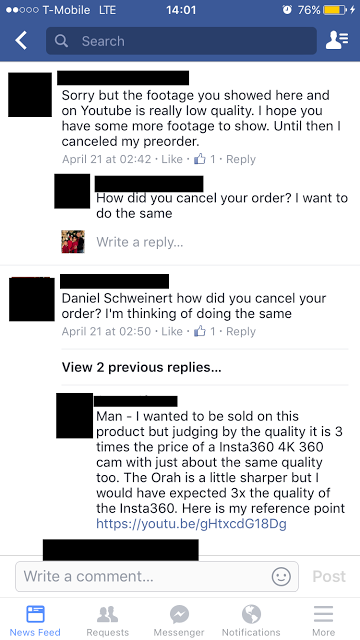 We posted the YouTube video here.  Here is the video Orah posted on Facebook:
What do you think of the image quality?