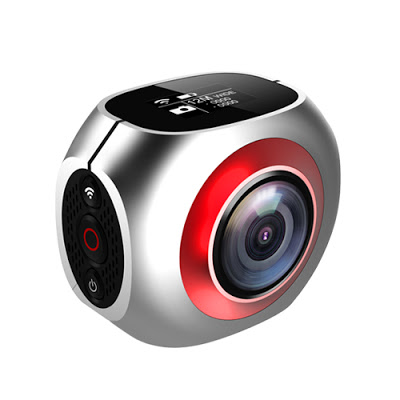 Eken just announced two new 360 cameras, one of them with 4k capability, based on a design of the previously announced Pano360.

Eken now announced two more spherical 360 cameras: the Pano360 Pro and the Pano360 SE.  The Pano360 Pro, Pano360, and Pano360 se look pretty similar, so it’s easier to distinguish them side by side:

First ,you have the Pano360 Pro, which is 4k-capable, and has a remote.  It has a red ring around the lens: 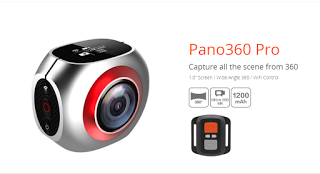 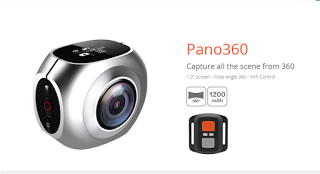 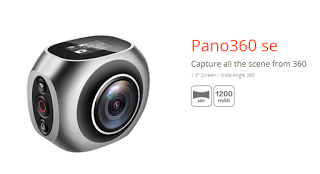 Unfortunately Eken hasn’t posted specs on the new models yet.  However, the specs of the Pano360 Pro might be based on the previous Pano360 announcement.

The Pano360 had previously been posted as having 4k resolution (3840 x 1920) albeit at 15 fps.  It appears that the previous Pano360 was relabeled as the Pano360 Pro, and a new version with a lower resolution sensor (or the same sensor, but resolution limited by firmware) was used for the newly designated Pano360 and Pano360 SE.

If this is true, then the Pano360 Pro will have the same specs as the previously announced Pano360:

Here is the official webpage.

Thank you very much to reader Pepe Vazquez for bringing this to my attention!