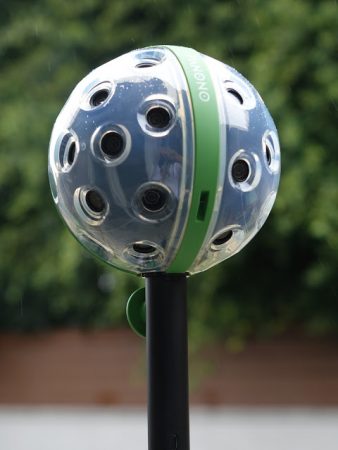 Professional360 GmbH, the company that has taken over Panono, offered a 50% discount on Panono to crowdfunding backers, finally enabling the backers to get a Panono more than 4 years after the original crowdfunding campaign.


Panono is the highest resolution all-in-one 360 camera, with a stitched resolution of 134 megapixels (16384 x 8192). Panono was successfully crowdfunded on Indiegogo in 2013. However, the manufacturer encountered financial difficulties and filed for bankruptcy protection in April 2017.

In July 2017, the manufacturer’s assets were acquired by a Swiss investor, Bryanston Group AG. This made it possible to continue manufacturing and selling Panono through a new holding company called Professional360 GmbH. However, the original manufacturer’s obligations to the backers were not transferred to the new company, leaving the backers without legal recourse.

Although Professional360 GmbH had no legal obligation to the backers, they announced that they would make  the Panono available to the Indiegogo backers at the production cost, equivalent to a discount of about 50% of the retail price.  In addition, backers would be able to add unlimited access to the Panono’s new cloud-based features, which the company said was a value of approximately $600. Fifty cameras per month will be offered under this program.