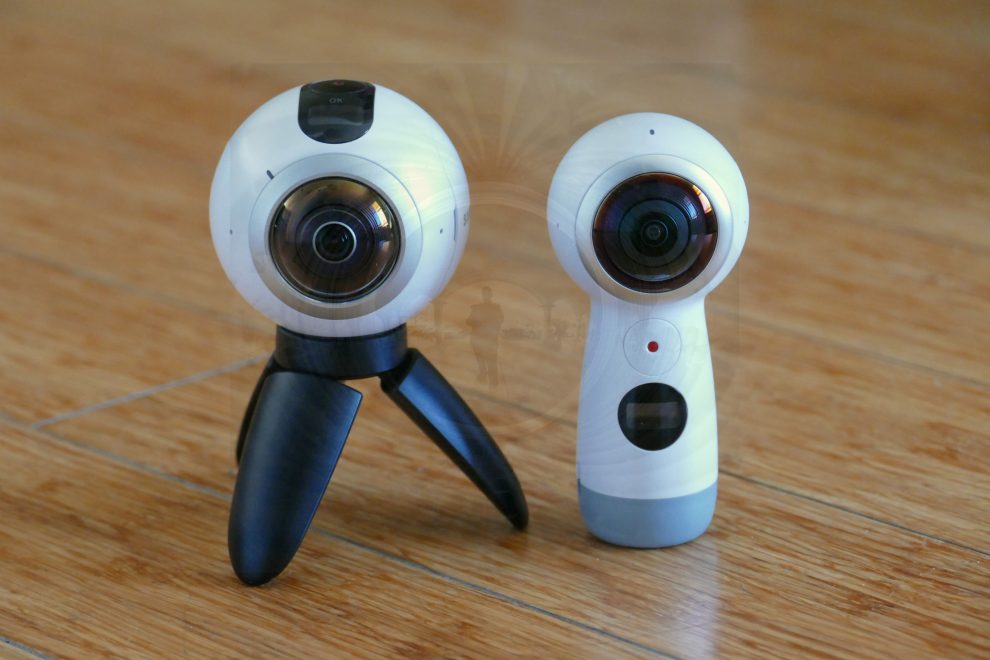 Here are comparison photos and videos from the original Samsung Gear 360 and the 2017 Gear 360.

Here are the videos:

Here are the comparison photos:

For the photos, here are the exposures (please note the original has an aperture of f/2 while the 2017’s aperture is f/2.2):

Here are some of my observations:
Photo detail: at first glance, without zooming, the photos look similar.  But if you look closely, the original’s photos have more detail and the photos look more crisp.

Video detail: to me, it seems that the original and the 2017 have similar amounts of detail. 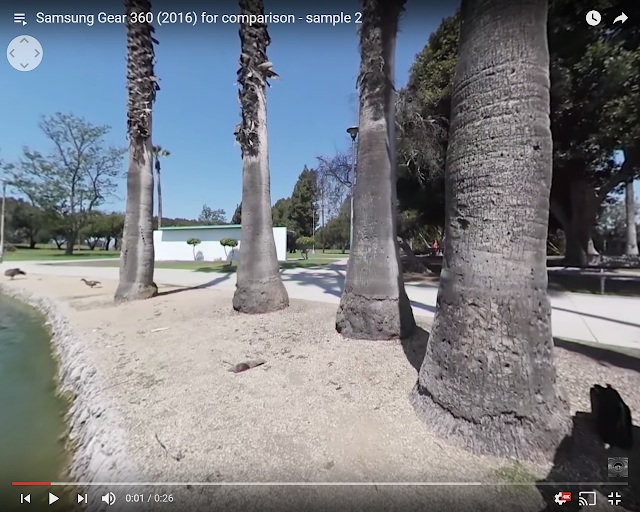 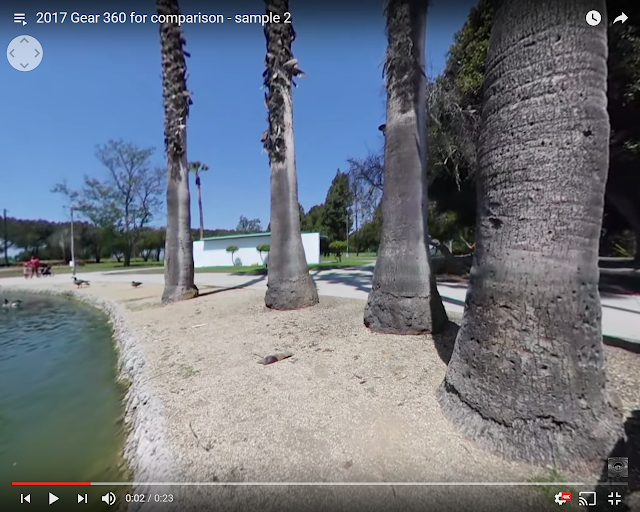 Chromatic aberration: the original has very little CA.  The new one has more noticeable purple fringing near the stitch line.


Flare: the original has decent flare resistance but the area around the lens can show up as a reflection.  Not so with the new Gear 360.

Dynamic range: If we account for the 1/3 stop difference in exposures due to the 2017’s smaller aperture, I would estimate that the dynamic ranges between them are similar.


Stitching: As I mentioned before, the 2017’s stitching is already very good, but is better when stitched on Action Director.

I think that so far, it looks like the original Gear 360 holds its own against the 2017, and if you have all the requirements to use it (compatible phone, compatible desktop, etc.), then it could be a bargain (assuming you don’t need live streaming).  The original Gear 360 is available on Amazon (under $200) and on B&H Photo for around $200.  The 2017 Gear 360 is available on eBay for around $350.

Anyway, these are just my own observations.  The photos and videos are there for you to judge for yourself and come to your own conclusions.  What do you think?  Let me know your thoughts and observations in the comments!  Update: see also this comparison