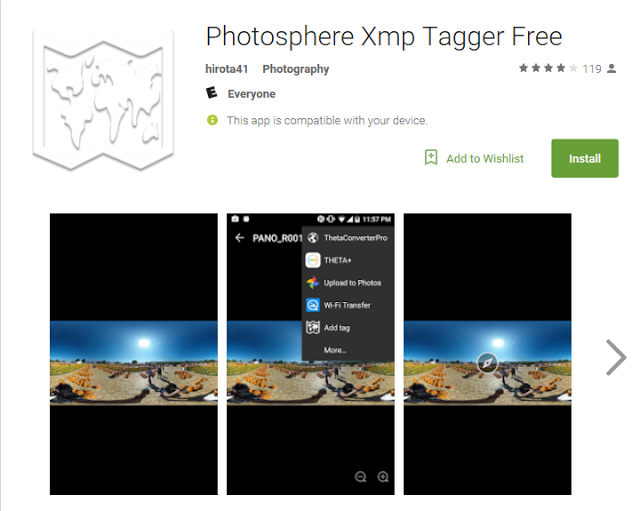 Many 360 viewers such as Google Street View and Facebook need 360 photosphere metadata in order to recognize 360 photos as such instead of a conventional panorama.  However, sometimes, the 360 metadata in a 360 photo can be erased during image editing, or some cameras don’t include the right metadata.

After installing the app, you need to click on Share from your gallery app then select “Add Tag” to add the 360 metadata.

Thanks to Jim Jensen for this awesome tip (BTW, Jim is the moderator of the awesome Photo Sphere Community, an awesome and knowledge-filled group for anyone interested in 360 photos)!

Avoid damaging your 360 camera with these tips