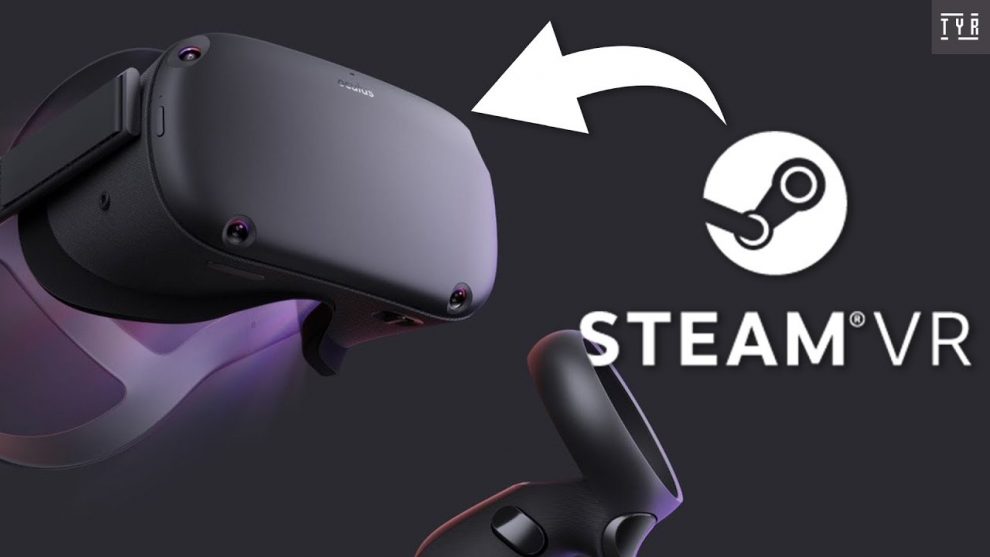 Yes, you can play HTC Vive and even Oculus Rift games on your Oculus Quest (reviewed here), and in fact you’ll be able to do it untethered.  However, you will need a VR-ready PC.  Here’s a tutorial by Tyriel Wood. UPDATE:  Here is a new tutorial using ALVR, which works much, much better than RiftCat Vridge for now.

Tyriel’s video shows that you can get playable performance this way but on my system, the performance was very poor, with a very low (around 20fps) framerate.  I was using an i7-7th gen, 32GB, GTX 1070 with 5ghz router.  I’m still trying to experiment with the settings and will update this post.  UPDATE:  I found that the performance improved significantly if my PC is connected to the internet via Ethernet cable rather than wireless.  It improved to the point of being somewhat usable but only marginally so.  I would say it is similar to the tracking of a Gear VR that is at the point of overheating, with judder.  In addition, right now the controllers are not mapped correctly, so for example there is no map for the Vive’s trackpad.  The experience is so poor that I would much prefer playing Quest games natively than the VRidge-streamed desktop VR games.

UPDATE:  On May 20, RiftCat issued version 2.4.2 of Vridge that seemed to improve the performance.  However, the performance is still noticeably worse than ALVR.

Oculus Quest out of stock at Amazon, Walmart, Newegg! Where to buy at MSRP
Oculus Quest has a secret sideloading menu!
Comment