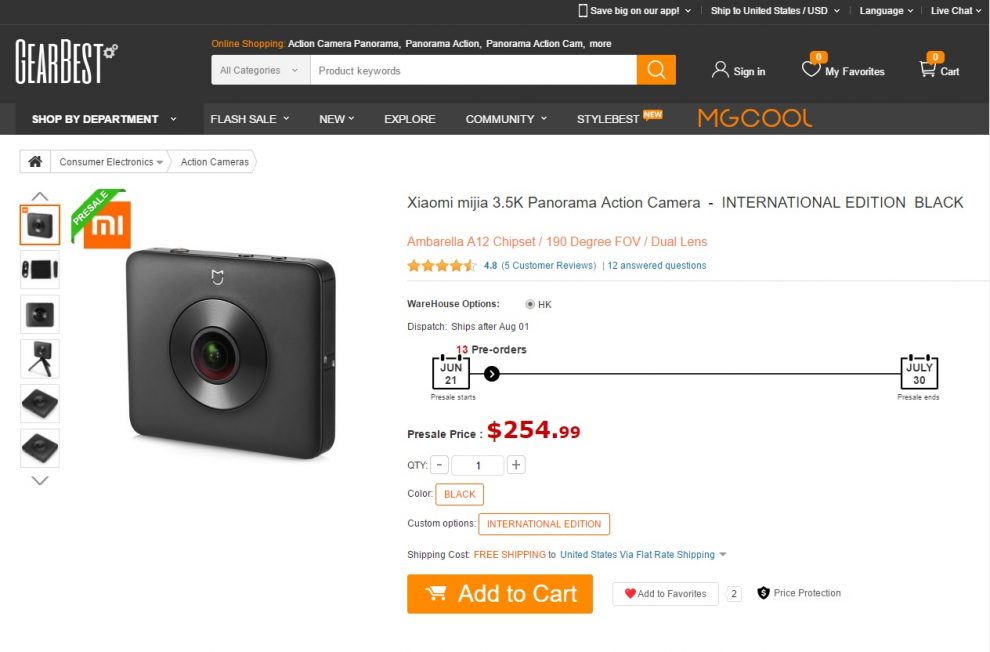 As I said in my review of the Xiaomi Mijia MI SPHERE 360 camera, I found the Xiaomi  to have the best image quality for both photos and videos for 360 cameras that cost $350 or less.  You can now preorder the international version with English instruction manual, for shipping in July.

The Xiaomi Mijia MI SPHERE is a camera that most people still don’t know about, but it has been surprising new users.  Nonetheless, the Xiaomi has a number of quirks, one of which is that it feels like it wasn’t intended for sale outside of China. For example,
– the App Store listing previously had only a Chinese name (how would English speakers search for it?  Note: it’s now in English);
– the manual is entirely in Chinese.
– The original app had many options that were in Chinese (but now the app is now almost fully translated).

Now however, Xiaomi is ready to release the Xiaomi Mijia Mi Sphere outside of China, with a manual in English.  In the meantime, you can check out this album of screenshots of the English manual, which can be found in the iOS app.  So if you want to get the International version you can get it here. If you’d rather not wait, you can get the domestic version of the Xiaomi here. 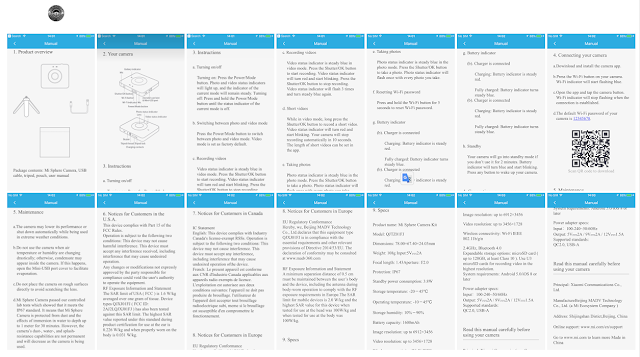 VR for journalism and other stories this week on Immersive Shooter
Google invites you to capture the world as you see it with Google VR180; new cameras announced from partners
Comment