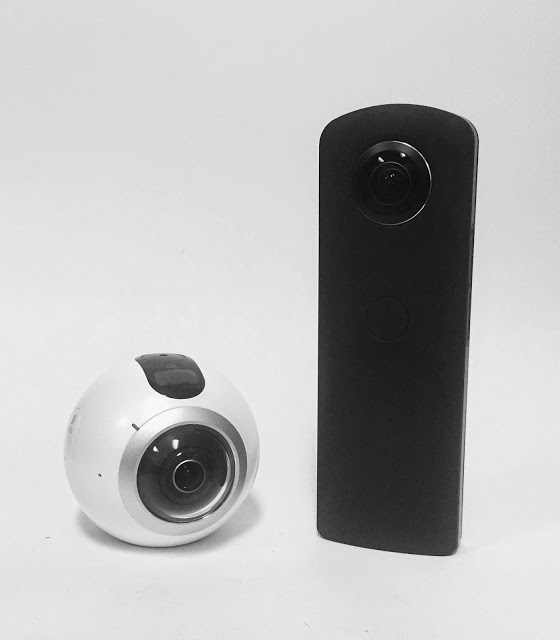 Finally, I’ve been able to stitch photos from the Samsung Gear 360.  Unfortunately, it wasn’t because I figured out how to make ActionDirector work on my laptop, but rather because I got a [used] Samsung Galaxy S6.  At least now I’ll have exposure control and I’ll be able to make a more direct comparison with the Ricoh Theta S.

In the meantime, below are test shots I took when I got my Gear 360.  Both were uploaded to Kuula.co.  It appears Kuula resizes them automatically to the same size, which makes it easier to compare them.  But please be aware that these are not the original quality of the files.

At that time, I had no control over the Gear 360’s exposure, could not see a preview of the image, and could not even see the exposure variables.  So the exposures are not identical, which makes the comparison unscientific.  Nonetheless, here they are for what they’re worth.  I will make a better (more rigorous) comparison this weekend.