There’s a kickstarter for a waterproof housing for the original Samsung Gear 360, and this housing is claimed to have a limit of up to 100m.  Here are some sample shots.

Once upon a time, Samsung created a waterproof housing for its Gear 360 (original 2016 version) .  However, for reasons that we may never know, Samsung produced only a few of those waterproof housings.  Here is a video of someone who has one:

Vidpro recently created an inexpensive underwater housing but it’s gotten mixed reviews and in any case, it appears as though it wasn’t designed for professional use.

Now, Cory Rhodes is working on a dive housing for the Samsung Gear 360 (original 2016 version) with a maximum depth of at least 40 meters, and possibly up to 100 meters.  That is the goal, and so far, their prototype has been tested to 25 meters.

Here is the video about the project:

Here are a couple of sample shots that suggest that the Gear 360 will be able to stitch smoothly: 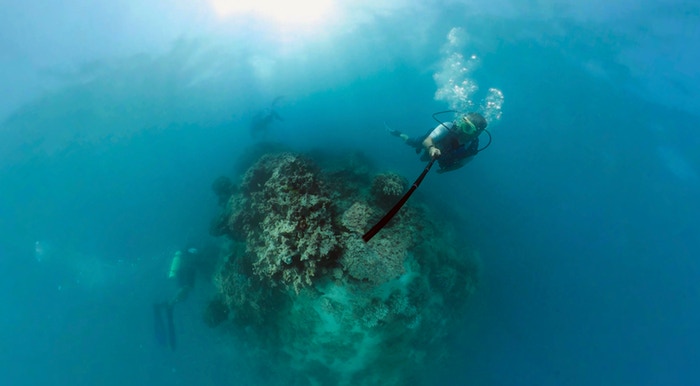 The price is $290 for the earliest backers, for delivery in December 2017.  If you’d like to back the project, here’s their Kickstarter page:

Please note: crowdfunding is not the same as preordering.  It is more similar to investing in a company to support it, and getting their product in return.  But crowdfunded projects often get delayed and in a few cases, might never be produced.