Not everyone uses Twitter, but if you’re interested in VR/360, Twitter is one of the best sources of information.  There is a lot of information on VR/360, some of which I share on Twitter but don’t have the time to write a blogpost about.

Here is a sampling of news and info that you might have missed from my Twitter feed: 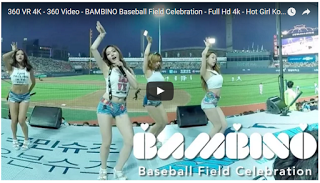 And that’s just over the last 24 hours.  So there’s a lot of info for you on my Twitter feed.
BUT I DON’T USE TWITTER
If you aren’t on Twitter, that’s ok.  On the right side of the blog –> there’s a Twitter feed that you can scroll through.
BUT TWITTER IS TOO MUCH
Yes, browsing through Twitter sometimes feels like drinking from a firehose.  And that’s where I come in.  I look through all the info for you and only post relevant information.  I don’t tweet what I had for breakfast, or philosophical musings, or political rants.  I only post information relevant to my audience, i.e. 360 cameras.  By adding me on Twitter, you can very quickly see a lot of relevant information filtered for you.
BUT MY TWITTER IS ALREADY CLUTTERED
Is your Twitter already cluttered by following too many people?  That’s ok.  FYI, you can make lists (which can be public or private). Let’s say you make a list called VR/360.  You can add me and other accounts to that list that only pertain to that topic.  Then when you want to know the latest buzz about VR/360, you just click on that list instead of scouring through your entire Twitter feed.
Yes I’m also on Google+.  That’s how I share my blogposts.  If you don’t want to miss a post, follow me on Google+.  Alternatively, you can subscribe via email (it’s anonymous – I have no idea what your email address is) –> see the right side of the screen below the “About Me”.  And if you use an aggregator, here’s my Atom feed.

Review: Tiltpod – the Smallest Tripod for a 360 Camera
REVOLUTION Cinco de Mayo Concert will be Livestreamed in 360 via Spinnable
Comment