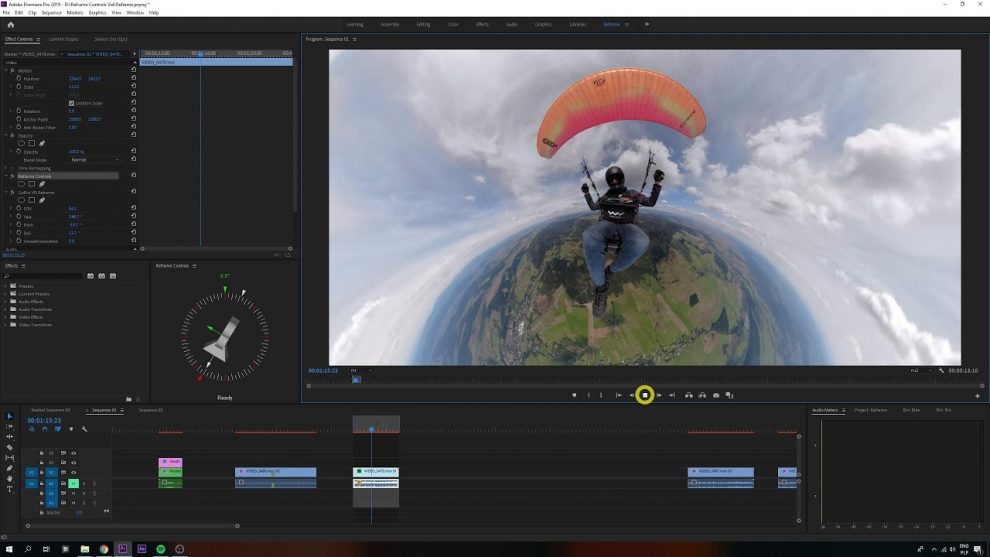 Reframe Controls is an overlay for the ubiquitous GoPro VR Reframe plugin for Adobe Premiere that makes reframing your 360 videos (a.k.a. overcapture or freecapture) easier and more intuitive.

Here is a demo and tutorial:

In some ways, it is similar to the new and more powerful GoPro FX Reframe plugin.  However, I still use VR Reframe from time to time, such as for reframing 3D 360 videos.  Reframe Controls is available from Adobe Exchange for just $5.

VSDC is a free 360 video editor