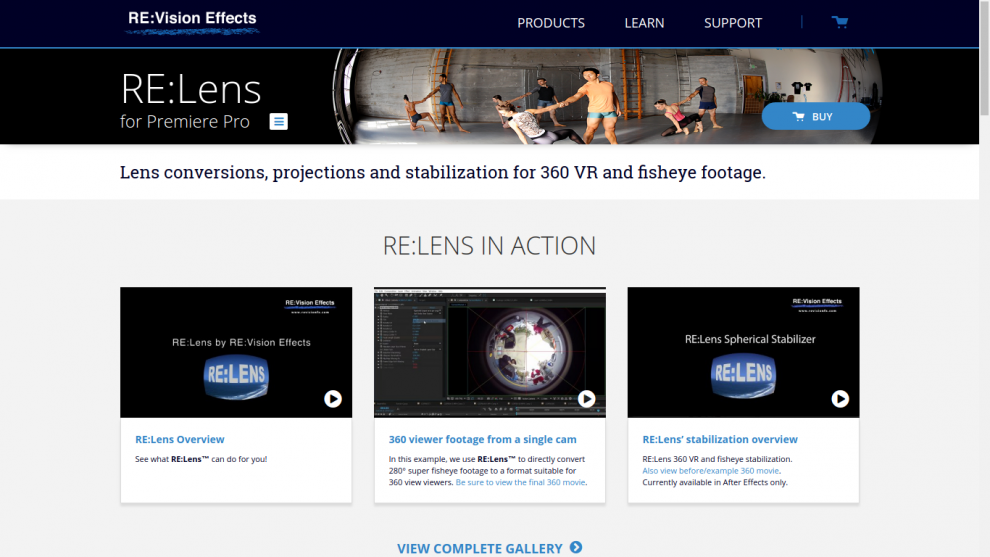 RE:Lens is a plug-in for Adobe Premiere Pro or After Effects that has several features for 360 videos, including horizon leveling / spherical stabilization.

To avoid nausea, 360 videos should have a level horizon.  Traditional electronic stabilization software doesn’t work well because they crop the video, which among other things makes the video lose its compatibility with 360 video viewers.  Instead, electronically stabilizing the horizon in a 360 video requires spherical stabilization.

Here is a demo / tutorial:

Re:Lens is available as a plug-in for Adobe Premiere Pro or After Effects.   There’s a trial version available with a watermark.  Thank you very much to Kevin Cruz for finding this info and posting it to the Facebook Orbit360 users’ group!

In the meantime, it appears that Insta360 is including a spherical stabilization capability in the Insta360 Pro and possibly in the final release version of Insta360 Air as well.