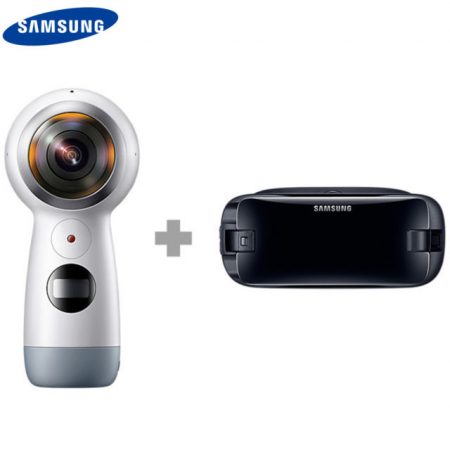 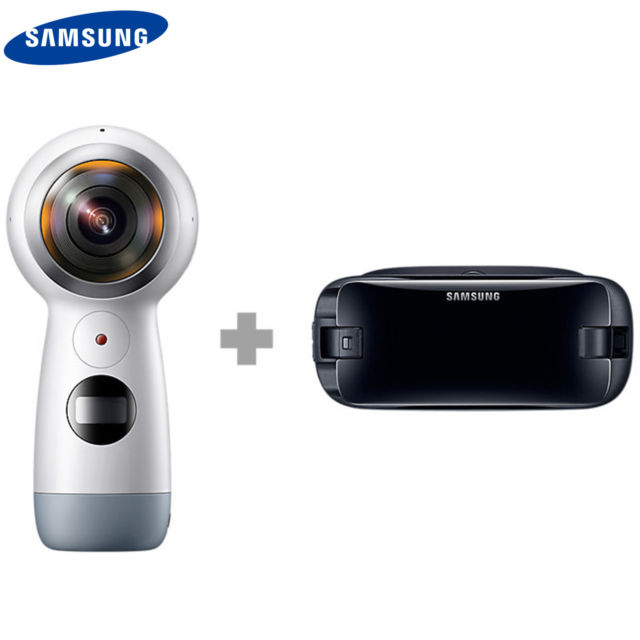 The retail version of the Gear 360 is expected to include a pouch, a USB Type-C cable, and a wrist removable strap that can also help keep the camera stable when being stood on a table.

The new batch of eBay listings are cameras coming from Korea.  Some listings say they are in stock and ship within 2-4 days.  Other listings say that it will be shipped “after April 18,” which is the date I expect the Gear 360 to become available. 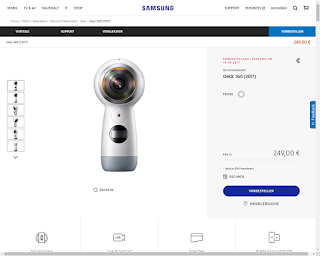 As for the Gear VR, I don’t have the 2017 version but it looks identical to the 2016 version (reviewed here) except that they’ve added the motion controller.  It’s retailing for $125, so that could somewhat decrease the effective price of the camera if purchased as a package.

Meanwhile, the original Gear 360’s price has plummeted to below $200 (currently around $185) on Amazon.  I think it’s still a fine camera especially for anyone who has a Samsung S7 or above (which stitch videos at 4K on the phone).

Demo of the most affordable and portable stabilized gimbal for 360 videos
2017 Samsung Gear 360 updates specs: video editor not compatible with Mac OS
Comment