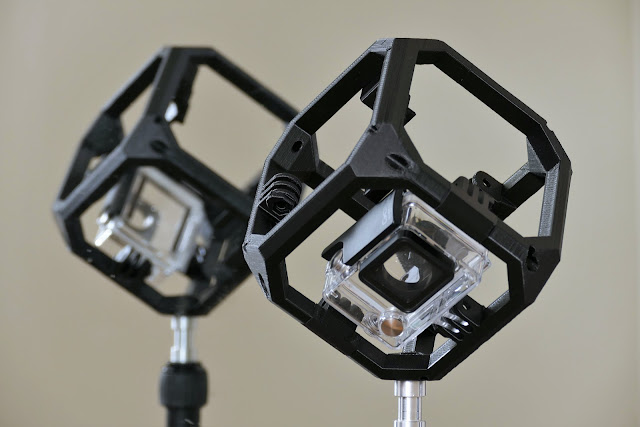 360 camera rigs are still one of the preferred choices for 360 video production because of their high image quality.  However, besides the cost of the cameras, the rigs themselves can be costly.  The popular GoPro Omni rig for six GoPro cameras, for example, costs $1199 (the price includes a case and a couple of tools).  It actually used to cost $1499.

However, some 360 rigs are now being mass produced, driving down the cost.  Recently, I posted about the Selens rig, which is all-aluminum and costs under $100.

Like the GoPro Omni, this rig uses six cameras, but there are important differences.  First, it uses cameras with their waterproof housings.  This means the rig is waterproof / splashproof (although videos shot underwater will not be stitchable due to refraction).  So, it’s actually much more similar to a Freedom360 F360 Explorer, another popular rig.

Third, because this rig uses action cameras with housings, it seems possible to use it with other cameras with GoPro-style mounts, not just GoPro Hero cameras.

Fourth, the GoPro Omni is made of aluminum, whereas this one is made only with 3D printed plastic parts.  Nonetheless, it seems reinforced with bolts and is rigid, with no flex in the frame.  It’s kind of hard to see in the picture, but the holes here show long metal bolts that have been inserted into the frame to reinforce it. 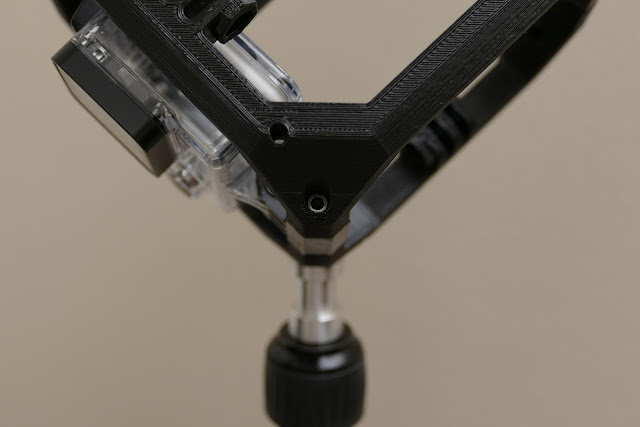 The rig has two positions where you can place the tripod mount – either on the bottom, or on top (to use the rig hanging down).  There’s an adapter to allow you to use it for a 1/4-20 or 3/8-inch tripod / stand.

ATTACHING CAMERAS
As I mentioned, the cameras are attached with their waterproof housings.  The rig doesn’t use the GoPro style screw, which have handles too long to fit in the frame.  Instead, the housings are secured by bolts with philips heads and hex nuts (the bolts and nuts are included).  To tighten the bolts, there are holes through which you can insert a thin screw driver (included). 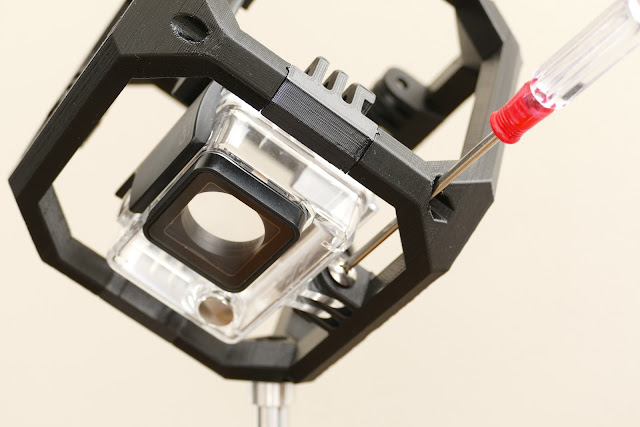 The rig has flanges that act as backstops against which the housings can rest to achieve a consistent position. 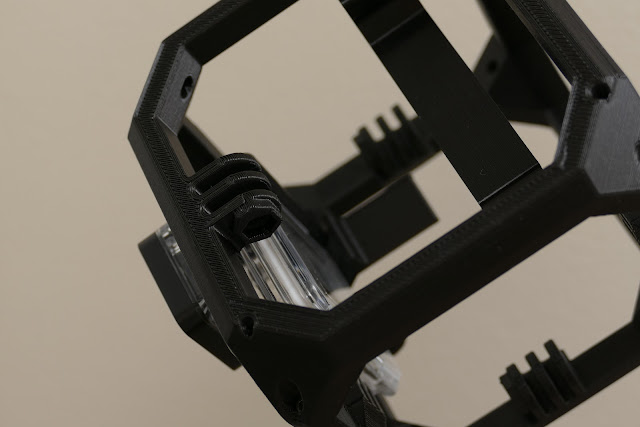 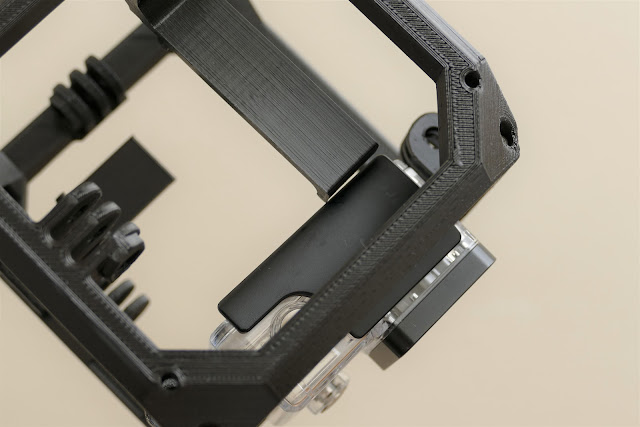 I don’t have six GoPro cameras, so to test whether the rig produces a stitchable image, I instead took photos with a GoPro Hero5 Black at each of the positions.  This isn’t a perfect test because the rig can get nudged to different positions as I transfer the camera from one position to the next.  Nonetheless, when I imported the photos into Panoramastudio Pro, it was able to stitch them.  Here is the alignment before stitching: Note: there are seven shots instead of six because I took two shots for one of the positions.  I made a small adjustment to give a better alignment for one of the cameras before stitching it.
Here is the stitched photo:

As you can see there are some stitching errors, but the errors seem likely to be fixable with more careful positioning of the cameras (again, I was moving the camera from one position to another, which likely made the stitching much worse than it would otherwise be).  From this brief test, it does appear that this $26 clone of the GoPro Omni / Freedom F360 Explorer may be usable as a 360 camera rig.  I got the rig here on eBay from this seller.