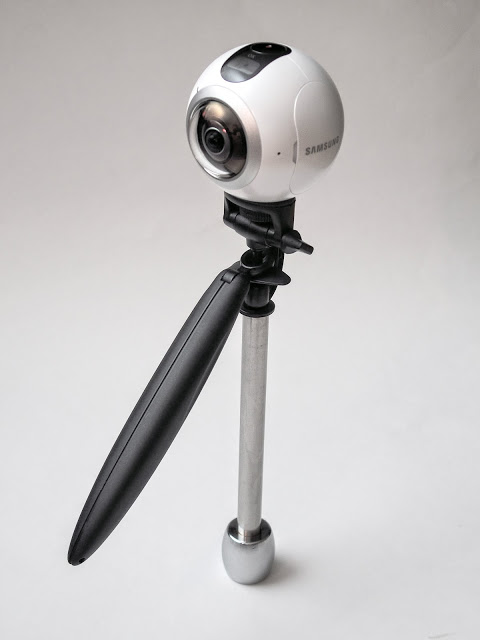 With 360 videos, any shaking is exaggerated and becomes quite noticeable, so 360 videos benefit tremendously from stabilization.

Smoovie stabilizer is a compact, pocketable stabilizer made for smartphones and small cameras (under 250g) that may also work for smaller 360 cameras.  It uses a handle with a magnetized gimbal and a counterweight for stability.  The basic Smoovie comes with a smartphone holder, while the Smoovie Plus adds a 1/4-20 adapter.

I found the Smoovie attractive because of the relatively low price compared to other stabilizers.  I backed the Kickstarter project for it and received the Smoovie Plus yesterday, around two months delayed from the planned release, which is not bad for crowdfunded projects.


PARTS OF THE SMOOTHIE 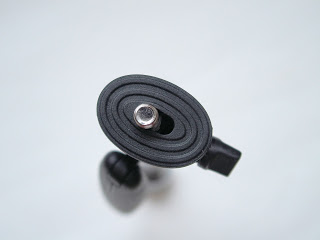 *Tip from Jarred Sutherland: a few users have reported that the knob could not be put back after being removed.  It appears this is because of a pin for the handle that can sometimes block the hole for the knob.  To unblock the hole, you just need to push the pin back down from a hole above the threaded hole for the knob.
There is an all metal counterweight, which can be extended from around 6 inches to 11.5 inches.  Extending the counterweight is easy, and the counterweight has numbered markings to help you set it to the right length. 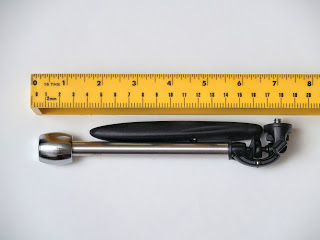 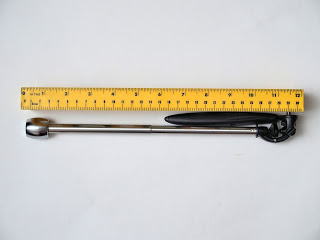 The Smoovie is supported by a handle with a gimbal.  The handle has a hinge so that you can adjust the angle of the handle for high or low shots.  The hinge has detents. The handle also has a 1/4-20 hole in it so that it can be extended with a selfie stick or monopod.  The 1/4-20 tripod hole appears to be metal. 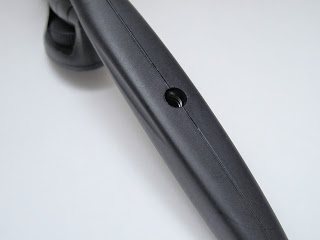 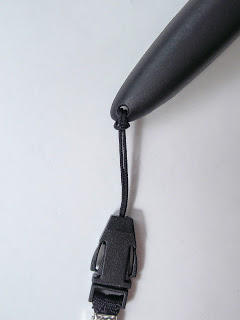 The heart of the Smoovie is the gimbal.  The gimbal has a lock that prevents it from detaching from the Smoovie.

There are two small N42 magnets on the gimbal assembly to help stabilize the Smoovie and to allow the camera to follow any panning motion.

USING THE SMOOVIE
Using the Smoovie takes a little practice.  Here are the instructions for using it: http://www.pocketsmoovie.com/video/  In summary, you need to extend the counterweight to the best length that balances against the weight of the smartphone or camera.  If the counterweight is not long enough, the camera won’t be sufficiently stabilized. If the counterweight is too long, it will act like a pendulum. Once you find the best length, you can just note the mark on the counterweight’s indicator.
I found the Smoovie relatively easy to use so that I didn’t feel the need to use the dampener.  You just need to move it steadily.  It’s even easier to use the Smoovie for 360 videos because you don’t have to worry about panning.  (On a regular camera, you can pan with the smoovie using your finger to turn the gimbal assembly, which does take more practice.)

Tip: the Smoovie can also be held above you when using a selfie stick. You just need to tilt the selfie stick attachment at an angle that is complementary to the angle of the Smoovie handle. 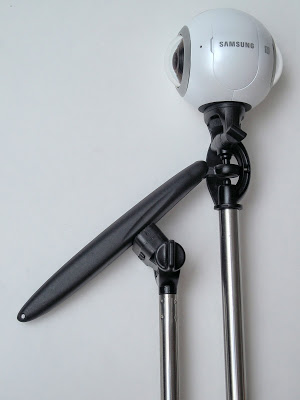 In the first part of the test, I tested the Smoovie while walking, and going up and down a staircase. Here is the comparison:


In my opinion, the Smoovie does help dampen the telltale vibrations from footsteps, compared with just a selfie stick. On the other hand, it was sometimes harder to control the panning with the Smoovie when the handle was at an angle that would disengage the magnet. (Incidentally, this proves that the magnet works, even though it seems weak.)

I also tested the Smoovie while jogging. Here is the comparison:

Before I did the jogging test, I expected that there would be a significant improvement with the Smoovie when jogging. Strangely, it seems that when jogging, there is not as much difference compared to walking. I suspected that the Samsung Gear 360’s vertical correction mitigated the camera instability while running.

I did a third comparison video. This is the same as the jogging video, except that I disabled the ActionDirector’s vertical correction when rendering the video. Here is the comparison:


In my opinion, in this third comparison, it does seem that the Smoovie is more stable than the selfie stick.

EVALUATION
The Pocket Smoovie is a well made stabilizer non-motorized gimbal. It does help stabilize 360 videos, although the improvement is less noticeable if your 360 camera has an effective vertical orientation correction, such as that of the Samsung Gear 360. Even with vertical correction however, the Smoovie does nonetheless improve 360 videos by dampening vibrations from footsteps while walking.

+ does improve video stabilization
+ well made, good quality construction
+ pocketable, reasonably compact and lightweight
+ costs much less than some other stabilizers
– tilt angle is too easily moved
– camera needs to be positioned carefully for best results
– the handle will show up in the 360 video
– the angle of the handle cannot be adjusted on the fly. When switching from a high angle shot to a low angle shot, you need to adjust the handle, which can be distracting in a video.

WHERE TO BUY
Here is the official webpage.
The Smoovie Kickstarter campaign has ended but at the time of this writing, it is available for purchase on Indiegogo.
There’s also an identical item being sold in Japan.
You may also be interested in the Stayblcam or Luuv, which also use a gimbal with a counterweight.