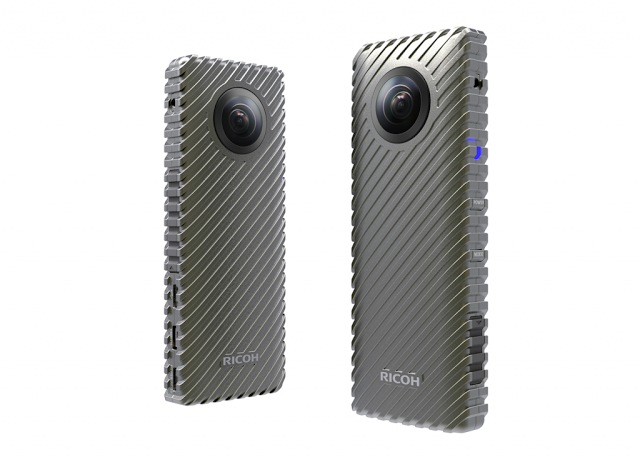 Ricoh announced a new 360-degree camera called the Ricoh R.  It bears some resemblance to the popular Ricoh Theta but has a different purpose.
The Ricoh R has 2k video @ 30fps and can livestream in 360 continuously for 24 hours.  Videos are stitched in-camera, unlike the Theta, which requires videos to be stitched on a phone or desktop.  Earlier reports said the video was 2k but I saw it at CES 2017 and they said the video is the same 1920 x 960 resolution.
The Ricoh R has no internal battery and requires an AC adapter.  This suggests that the Ricoh R is not intended as a consumer camera but as a camera for industrial use such as for security / surveillance, or for livestreaming special events.
Here is the official website.
Thank you to Pepe Vasquez for bringing this to my attention!