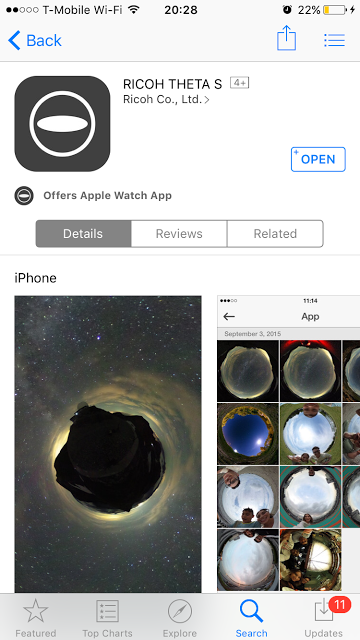 Ricoh issued a firmware update for the Theta S, version 1.50.  Ricoh only described the update as a “bug fix,” without further explanation.

Ricoh also added an Apple Watch app that would allow using the Apple Watch as a remote shutter, and as a way of switching modes between photo and video.