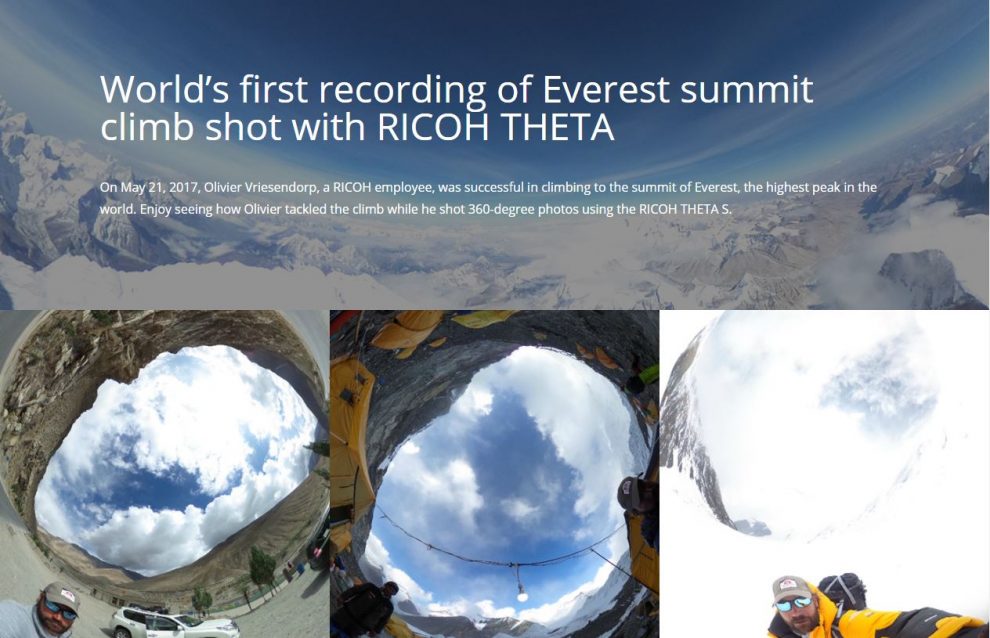 Some news on the Ricoh Theta: the Theta apps for iOS have been updated to add support for 4K timelapse videos.  Ricoh also posted some spectacular 360 photos from Everest.

Ricoh updated the Theta+ and Theta+ Video apps for iOS to allow 4K time lapses on iPhone 6S and above.  No word on an Android update. 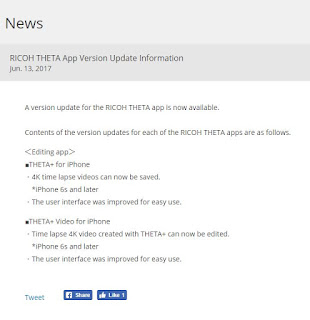 There was some speculation on whether this could be a sign of the impending release of the 4K Theta.  I personally don’t think so…  but I could be wrong.

Meanwhile, Ricoh shared these 360 photos from Everest by a Ricoh employee Olivier Vriesendorp.
Here is one of them: