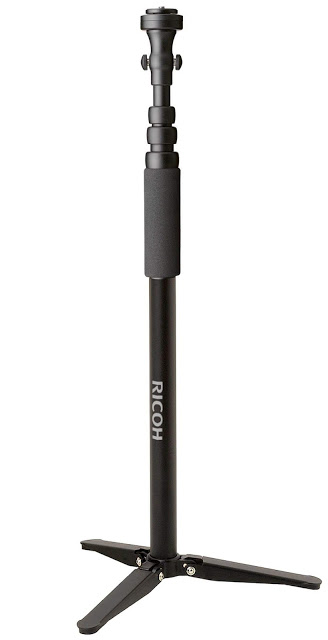 Ricoh is releasing a monopod with special features for 360 cameras such as the Ricoh Theta (reviewed here).

At first glance the Ricoh TM-1 looks like any other monopod with tripod legs.  However, the TM-1 has some handy features specifically for 360 cameras:

– the monopod head (platform for the camera) has been reduced in size to make it less visible in the shot.
– unlike some monopod heads that have ballheads for adjusting the angle of the 360 camera, the TM-1 does without such a ballhead because the 360 camera is omnidirectional, and can be reoriented digitally.
– the legs are shorter, also to make them less visible in the shot
– quick release plate to enable you to attach or detach the Theta or other 360 camera from the monopod quickly 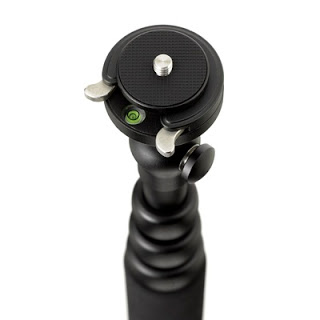 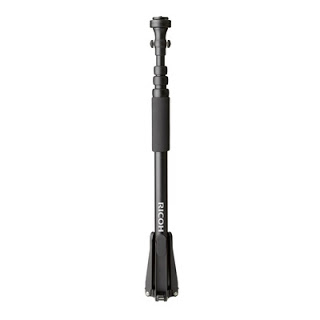 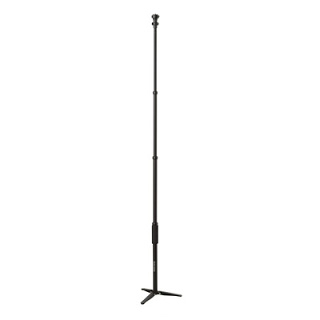 Ricoh announced the monopod on the Ricoh Japan website and on Facebook here.  The TM-1 is available online from Ricoh Japan’s online store for JPY 19,800 (JPY 21,384 after tax), or currently about $195.

Special thanks to Andre Pariente for bringing this to my attention!