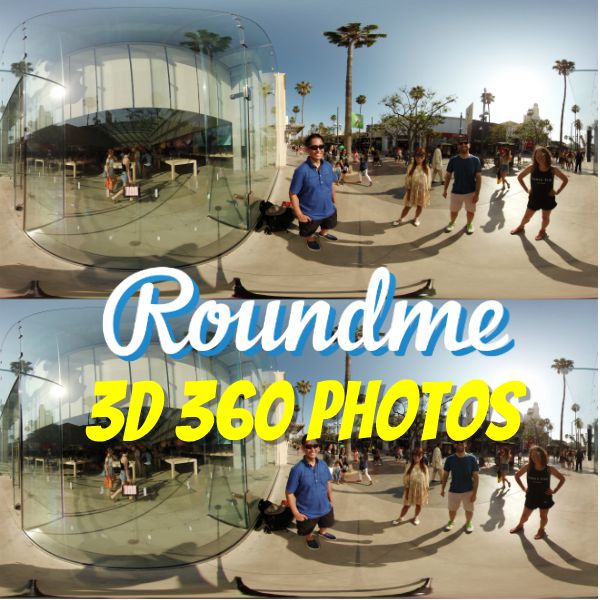 Roundme just launched support for 3D 360 photos.  It’s a feature that they’ve long hinted about with a placeholder in their menus, and it’s finally here!

Here is a sample 3D 360 photo (with Immersive Shooter’s Sarah Redohl and Gimbal Guru’s staff).  The photo was shot with Insta360 Pro (with the original firmware and app).

To view the photo in 3D, you need to view it on your phone, tap on the three dots on the upper right corner to bring up the menu, and select the option at the top for WebVR.   You can then view the photo with a Google Cardboard or other similar viewer:

Roundme supports 3D 360 photos up to 16,000 by 16,000 pixels, in either top-bottom or side-by-side format.  When I uploaded the stitched photo from the Insta360 Pro, Roundme automatically recognized the photo as 3D.

With Roundme’s support for 3D 360 photos, it will now have one more option to share 3D 360 virtual tours.  Virtual tour photographers and real estate agents who have 3D 360 cameras can use this capability as one way to distinguish themselves from the competition.