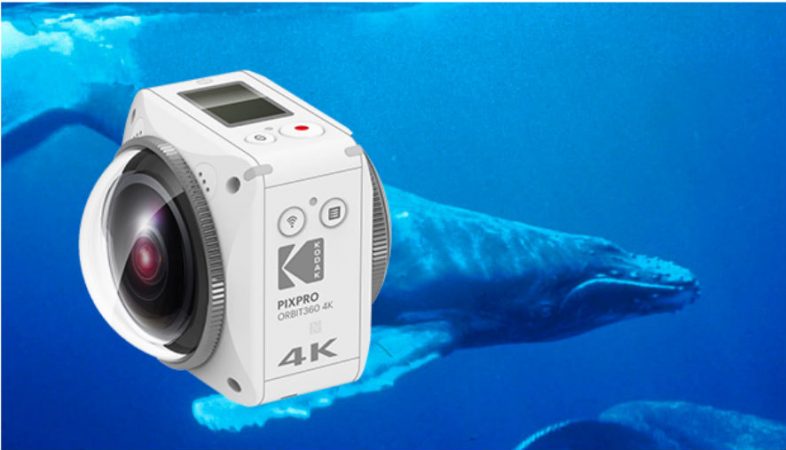 The Kodak Orbit360 will likely have an underwater housing.  Here’s how we know.

UPDATE: the underwater case is now available on the pixpro store.

The Kodak PIXPRO Orbit360 (aka 4KVR360) is one of the most highly anticipated 360 cameras because of the highly regarded Kodak SP360 4k Dual Pro, which has excellent image quality but takes more time to process its photos and videos compared to other 360 consumer cameras.

So far, leaked sample photos from the Orbit360 suggest that it might have comparable, if not better, photo quality than the SP360 4k.

One question many have asked is whether the Kodak Orbit360 will have an underwater housing.  The answer is very likely yes.

Kodak has provided underwater housings for its previous two 360 cameras, the SP360 and SP360 4k:

There’s even a dedicated waterproof housing for the SP360 4k Dual Pro: 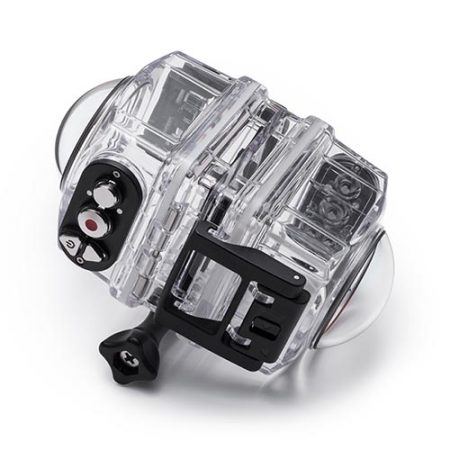 Moreover, the Oribt360 specifications hint at underwater use.  Here are the specs: 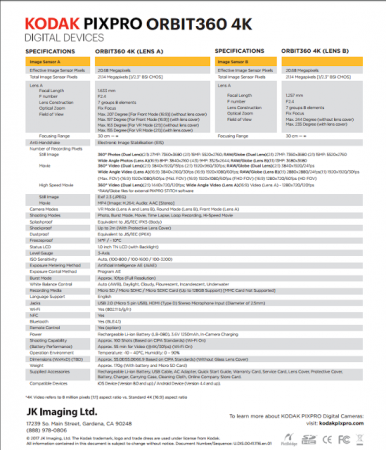 If you look carefully, you’ll see that under white balance, one of the modes is “underwater.”

This would be a welcome feature because underwater photos and videos tend to look bluish unless color corrected.  Of course, such a feature would only make sense if there is an underwater housing for the Orbit360.

These are the reasons I’m confident the Orbit360 will have a waterproof housing and with that housing, it can be used underwater.  A bigger question is how good the stitching will look when used underwater.  The water’s diffraction changes the effective field of view of the lenses, and it would be nice if the Orbit360’s software could correct for this.  We’ll see, hopefully soon.