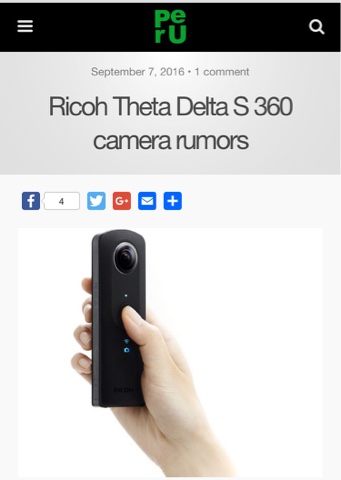 Someone at Ricoh seems to love Greek letters. Pentax Rumors reports that the new Theta may be called “Ricoh Theta Delta”. Pentax Rumors also reaffirmed the rumor that it will be 4k-capable.
Some have speculated that because the Delta letter is a triangle, the name means it will have three lenses. A simpler and more likely explanation IMO is that Delta is the fourth letter in the Greek alphabet.   (This would be the fourth Theta model after the original, the m15 and the S.)

RUMOR: Nikon Keymission 360 probably not released before October 19
You can now pre-order the Playstation 4 Pro on Amazon!
Comment