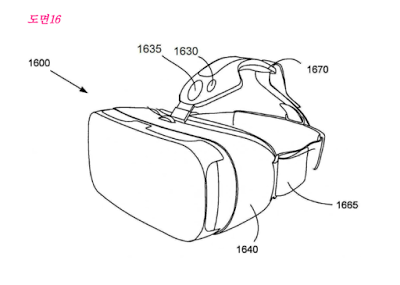 The next Samsung Gear VR may have not only positional tracking and but also face- and eye-tracking features not found even on current desktop VR systems, according to a Samsung patent found by GalaxyClub.nl.

POSITIONAL TRACKING
Samsung Gear VR (reviewed here) and the current generation of mobile VR headsets including Google Daydream can track your head movement, but they can’t track movement forward/backward, laterally, or upward/downward.   Practically, this means you can look around, but you can stay in only one place, hence the suggestion to use a swivel chair.  There is immersion in the sense of feeling as if the view surrounds you, but without positional tracking, there is almost no sense of presence (the illusion of being somewhere else). 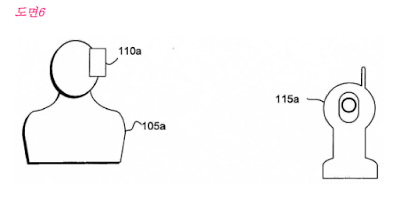 ​
The patent shows a positional tracking system for the Gear VR that uses outside-in tracking, similar to the Oculus Rift.  An external camera tracks LED lights (#1635 on the diagram ) on the modified Gear VR.  An on-camera sensor (#1630) tracks ambient light levels. 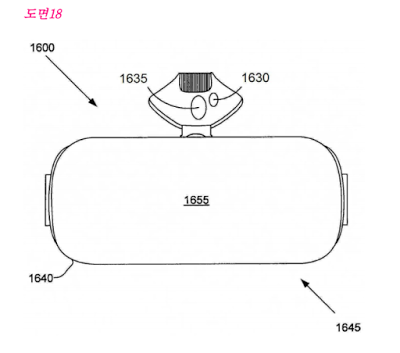 The patent also shows that multiple headsets can be connected to a server, which would enable multiplayer VR experiences: 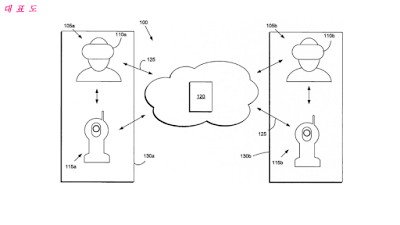 EYE TRACKING
In addition to positional tracking, the new Gear VR can track eye movement using electrooculography (EOG).  Sensors (#1605 in the diagram below) around the facepad can detect electrical signals that vary based on the eye’s position.  Eye tracking can be used to enhance the user’s interactions with virtual characters that can be made to appear to have eye contact with the user.  In addition, eye tracking makes it possible to use foveated rendering, which can allow the headset to render VR more efficiently. 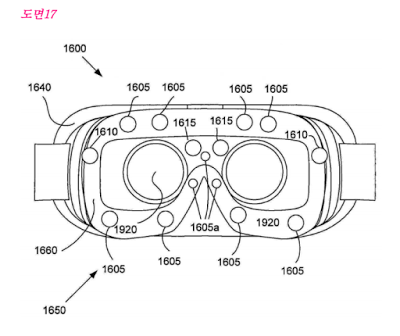 FACE TRACKING
The new Gear VR also has small cameras (#1615 in the diagram above) inside the headset that can track facial expressions, allowing the user’s avatar to reflect the user’s emotions, which can be used not only for social VR apps but could also be used for interaction with VR characters.
This patent is not a guarantee that Samsung will indeed produce this headset but at least it shows that Samsung is still looking for ways to improve the Gear VR.