Socionext, a joint venture between Fujitsu and Panasonic, has created the SC2000 Milbeaut Image Processor with advanced functions that include realtime 360 stitching from multiple cameras, built-in image stabilization, and rolling shutter correction.  I’m speculating that it might also be the processor in the new Ricoh Theta 4K.

Here is a video demonstrating this capability:

Here is the 360 video from that demo:

Furthermore, the SC2000 can combine two exposures into an HDR photo or video, up to full HD resolution at 30fps. 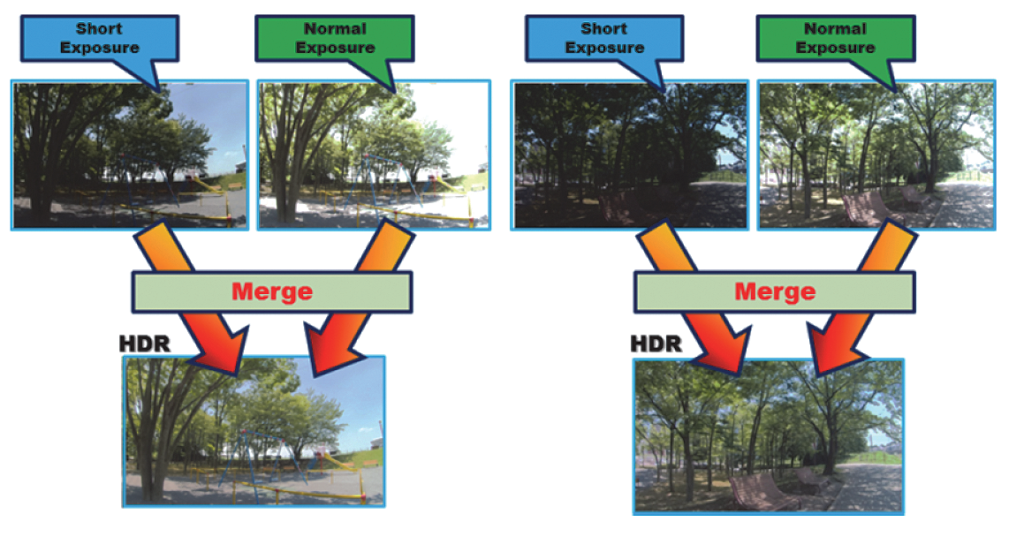 Finally, the SC2000 can also enhance low light images, reducing the noise and making the image much clearer.  This mode can be used together with the HDR mode.

OK so where do I get the idea that this might be the processor for the Theta 4K?  The Ricoh Theta m15 and Theta S both used Fujitsu Milbeaut processors.  The SC2000 was announced in January at CES 2017, and the announcement about the 4K Theta was made on April 20, which is sufficient time for them to have evaluated whether the SC2000 could be used for a 4K version of the Theta.

There’s no question the SC2000 is capable of stitching 4K video in realtime for the Theta.  The only question is whether Ricoh chose this processor or not.  Given that they’ve been using Milbeaut processors for previous versions of the Theta, it seems feasible that they would indeed use this processor.

If Ricoh did use the SC2000, then it’s possible that it would have the following features:

These would be in addition to the 4K video and 4K live streaming that have already been announced.  What do you think?  Does it sound plausible?  If the Theta did have these features, what do you think of them?

Thank you very much to Tony Anastasi for bringing this to my attention!