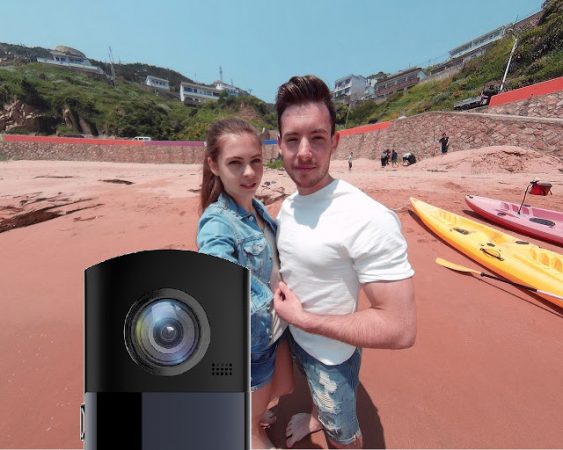 VRDL360 is a crowdfunded camera with 7K photo and 3K video resolution that looks like it’s about to be fully funded.  It’s still being offered at the shockingly low price of $99.   Meanwhile here are full resolution sample photos.
The photos were shared by the campaign organizers then I uploaded them to Roundme so we can see them in 360.  According to the organizers, the photos are completely unedited.

The resolution of the files are 5656 x 2828, lower than the 7K resolution they claimed.  I am guessing that the final photos will have higher resolution if they will stick to their claim of 7K.  In any case, the exposure and sharpness look excellent, and I couldn’t find any chromatic aberration.  The colors look good in some of the photos, while in others the white balance seems to have a little too much magenta.  The stitching looks flawless in several of the photos.  The dynamic range looks very good although few of the photos pushed the camera beyond its limit.

One thing that is a little unusual about the VRDL360 is the price.   I thought $99 was only for the first 50 backers but it appears that’s their price for the entire campaign to date (look at the list of backers).  This is a little strange and almost sounds too good to be true.  The truth is that if they can really produce a 360 camera with this quality, then even at the supposed MSRP of $219 it would be a bargain and I wouldn’t mind buying it at full price.  For now I am wondering whether they will actually be able to produce this camera but I would be happier than anyone to proven wrong.